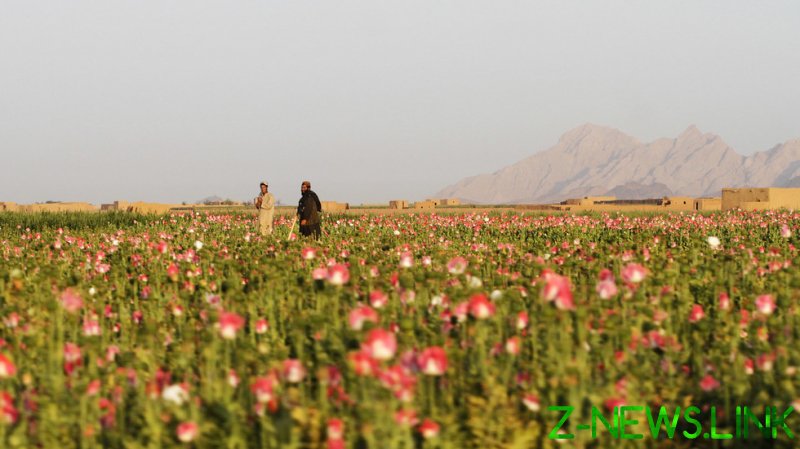 Taliban supreme leader Mullah Hibatullah Akhundzada has outlawed the cultivation of poppy, the source of sap that is refined into morphine and heroin, in a decree issued on Sunday, fulfilling its promise to ban the narcotic, made after seizing power last year. Afghanistan is estimated to have accounted for 90% of global opium trade in 2021.

“If anyone violates the decree, the crop will be destroyed immediately and the violator will be treated according to the Sharia law,” Taliban deputy spokesman Inamullah Samangani tweeted on Sunday. In addition, the governing militant group has also banned the consumption, transportation, sale, export and import of all kinds of drugs and alcohol.

Taliban has expected harsh resistance within the group against the ban and has reportedly said that there had been a rise in the number of farmers cultivating poppies in previous months, according to Reuters’ sources in the militant group.

On Sunday, Afghan farmers collected their first opium harvest of the season in the southern province of Helmand, in Taliban’s political heartland. Poppy prices have more than doubled prior to rumors that a ban would ensue, according to an anonymous farmer in the province speaking to Reuters.

Any repression of poppy cultivation is expected to hit farmers. Last August, Taliban pleaded for “international assistance” to provide them with alternative crops to the booming poppy fields. The United Nations has responded by calling for action on the pledges.

Returning to power after seizing the capital Kabul last year, Taliban announced its government would be going back to its zero-tolerance drug policy. The militant group had previously ruled Afghanistan between 1996 and 2001 until they were toppled during the US-led invasion of the country.

90% of the world’s opium and heroin came from Afghanistan last year. With production and exports centered in Taliban-controlled areas, the militant group is thought to have taxed the drugs during their 20-year insurgency.

Deputy Prime Minister Abdul Salam Hanafi has pushed back against claims the Taliban helped fuel poppy cultivation, saying on Sunday “How come it was exported all over the world when they (US-led forces) had full control over Afghanistan?”

UN officials reported that the Taliban likely earned more than $400 million between 2018 and 2019 from the drug. The amount of land planted with poppies hit a record high in 2017 and has averaged around 250,000 hectares in the last four years, roughly four times the level of the mid-1990s, UN figures show.

The UN expects that another country in Asia will step up its poppy cultivation, Myanmar, which was the biggest heroin producer in the world in the 1980s, before more cost-efficient Afghanistan took over.