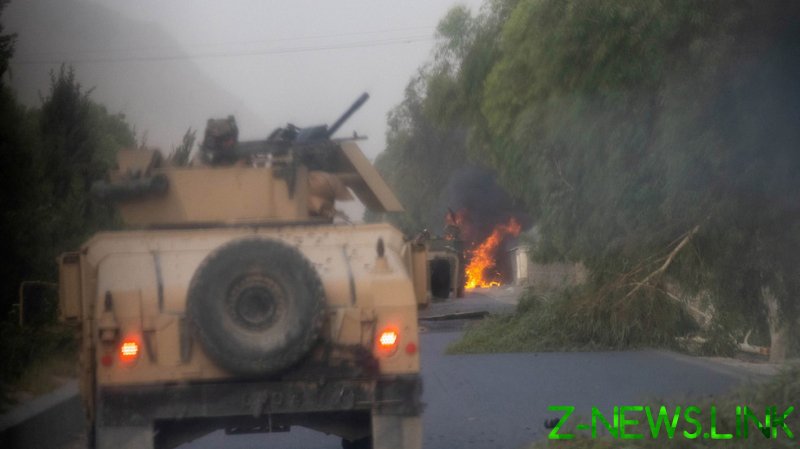 A spokesperson for the militant group posted a statement on Friday announcing that Afghanistan’s most important provinces – Kandahar, Helmand, Herat and Badghis – had been completely conquered.

The Taliban said it had seized hundreds of weapons and vehicles, as well as large amounts of ammunition, following the successful military operation.

An Afghan member of parliament who spoke with CNN confirmed the city was no longer under the control of the Kabul government.

“Many (government) soldiers surrendered and the rest fled,” Gul Ahmad Kamin told the outlet, adding that some Afghan forces were still waiting to be evacuated from the city.

A local government official quoted by Reuters said the Taliban seized the city following “heavy clashes” that lasted late into the night.

Government forces are reportedly still in control of Kandahar’s airport, which served as one of the largest US military bases in the country.

The Taliban later released a video, purportedly taken in Kandahar city, showing a group of young men standing on top of a military Humvee as they cheered.

The fall of Kandahar – the birthplace of the Taliban – comes as Western nations scramble to evacuate their diplomatic staff from the country, anticipating a final assault on Kabul.

Special forces troops from Canada, the UK, and the US are reportedly being deployed to help ferry embassy personnel and other citizens out of Afghanistan, according to multiple reports.

It’s now believed that unless a political resolution is reached, the Taliban could enter Kabul in a matter of weeks. The strategic city of Ghazni, located just 150 kilometers (95 miles), fell to the militant group on Thursday.

The US embassy in Kabul has urged all American citizens to leave the country without delay, and even offered to provide loans to those needing cash to pay for plane tickets.

In May, the Taliban launched a massive offensive leading to sweeping territorial gains, following the decision by the US-led coalition to accelerate its withdrawal from the war-torn nation. The US is expected to complete its full military exit from Afghanistan by August 31.