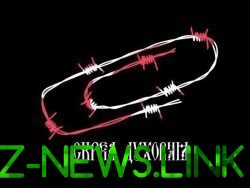 Warm and strange about Armenia.

The mission of the Leningrad VNIIESO my task in Stepanavan of the Armenian in the 80 years was the systematic supervision of the serial production of installations air-plasma metal cutting АПР404 and УПРП201. The first time I got there, I was very surprised that all the technical questions the Director sent me to decide not to the chief engineer, not the bloated technical Department, and to some kind of Adjuster to Gagik.

But already at the first meeting I realized that not in vain. It Gagik (Gago – in Georgian) saribekovich Akinen and was the technical visionary of the production. His life turned out so that in an Amateur way, having a brilliant technical intuition, tenacious mind, flowing through all the sore serial production of installations, he was the informal technical leader of this large city-forming plant, with heavy shovels name, SZUCHA. No serious scheme or technological change at the plant was not conceivable without its participation or at least approval.

Whatever happened is technically extraordinary, all the waiting is always smart of suspended Board of Gagik. Still I wonder how he no special training was managed very subtly to judge different matters of electrical, electronics and heat engineering. Easily grasped unfamiliar professional ideas. I remember once we almost talked to him in terms of the theory of nonlinear electrical circuits, he gladly began in conversation to use this new language. He was very noble and kind: it attracted a queue for technical consultations on consumer electronics, always free of charge someone something repaired. But this did not prevent him to be extremely ambitious and absolutely did not allow even a friendly familiarity. Can affected genes of his beloved, though departed family, father is Georgian.

Constant pride were unique pocket side of the great steel, which it is not without artistry managed to do almost all of the current tasks of the Adjuster powerful production installations. When, naively, I praised the tool, the next day was forced to receive as a gift a duplicate, which gratefully kept to this day.

At home he was fine for that time, improvised musical furniture with the real playback from 20Hz, with absolutely no noticeable non-linear distortion throughout the frequency range and volume.

Huge vinyl record library of classical music and choral singing complements this splendor, and often under his enthusiastic gaze had long listen largely foreign to me in spirit of things, to evaluate which I’m clearly not Mature enough.

His methods have always been hospitable, with a wide range of topics of discussion. Unlike other, Gagik constantly eagerly checked their worldview with mine. Usually we understand each other perfectly. But remained in the memory and a rather extreme statement – it is absolutely in the local spirit called Pugacheva “the woman who gives.” We then unusually sharply with him in a fight. He obviously realised his faux pas, and I had to invent the ornate end of the conversation, not to offend his ego.

Match Gagik was his wife, unusual for Armenian life pemirolast with him at a party, but it is not able to conceal the love every time you look at her husband.

I have unverified information that the above-mentioned Gagik Akinan now lives in Rostov-on-don. I will be grateful of any information about him