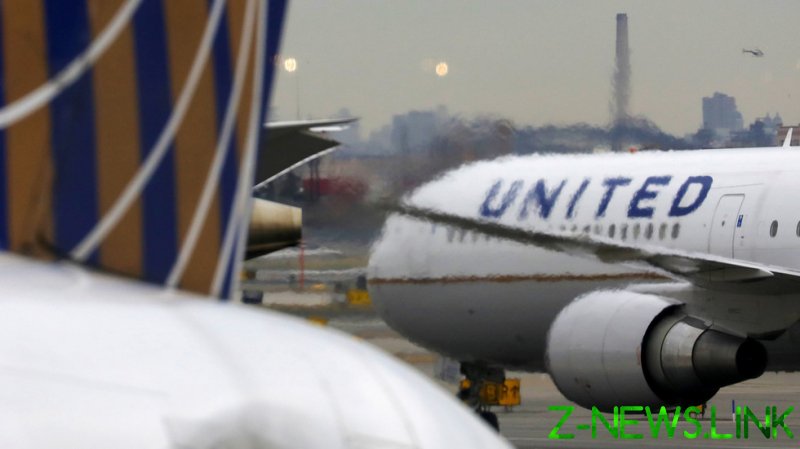 The carrier announced on Tuesday that it would begin accepting applications for its new flight academy, saying it aimed to train and hire 5,000 pilots over the next decade, with half of them being women and people of color. The school is “built to accommodate” trainees of all skill levels, including individuals with no prior flying experience, according to a statement released by United.

The enrollment goals reflect the company’s desire to “diversify our pilot ranks and create new opportunities for thousands of women and people of color who want to pursue a career in aviation,” CEO Scott Kirby explained.

United stressed that its training program would include “support and coaching” for pilots to ensure that all potential hires reflect the “professionalism” and commitment to providing “safe, caring and dependable” service expected of all company employees.

Many social media lurkers were not convinced that the airline was making safety and professionalism its top priorities, however.

“I’m far more concerned with merit when it comes to one’s ability to pilot a plane safely than with how that person looks,” noted one observer, adding that United seemed to be “pandering to wokeism.”

Others predicted that the recruitment policy would backfire spectacularly.

Some seemed to sympathize with the company’s aim of increasing the number of women and other under-represented groups working in aviation, but requested that United still “pick the best pilots.”

The company’s official Twitter account responded to the concerns, insisting that all “highly qualified” candidates, regardless of race or sex, will have “met or exceeded” standards necessary for admittance to the flight academy.

A growing number of companies and organizations have embraced PC-friendly policies and other measures that have received accolades from social justice activists. But the initiatives have sometimes gone wrong. Major League Baseball recently relocated its all-star game from Atlanta to Denver, in protest over a Georgia voting law described by some as discriminatory. Critics have argued that the move was based on a poor understanding of the actual legislation and that it stripped majority-black Atlanta of hosting the game, giving the honor instead to a majority-white city.