Home / WORLD / Taking unproven vaccine is a risk/benefit exercise – but with Covid-19 it’s worth the risk, head of China’s CDC tells RT 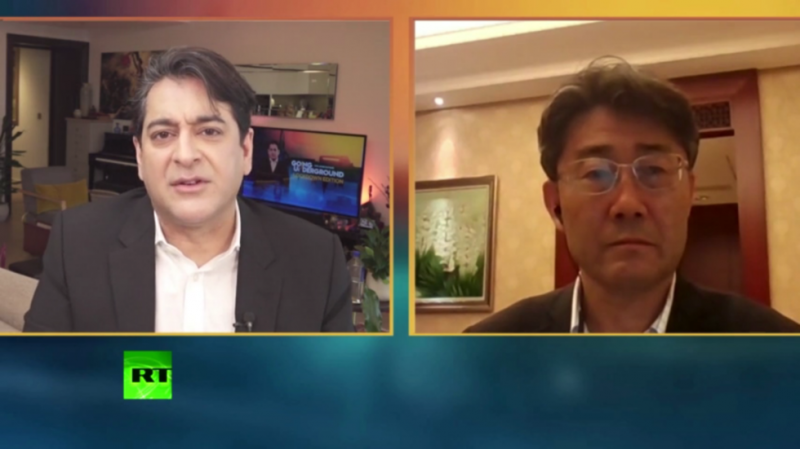 Professor Gao Fu, Director General of the Chinese Center for Disease Control and Prevention, famously participated in the clinical trial of one of the China-developed vaccines against Covid-19. In an interview with RT’s Going Underground program, he said he considered this to be the right call, and encouraged everybody to immunize against the disease.

“We have so many technological lines we developed for vaccines. I believe all those lines are good enough to take that risk,” he explained.

Normally it takes many years to confirm a vaccine’s efficacy and safety but, with Covid-19, the approval process for all formulae was significantly shortened. Some people are reluctant to take the shot, fearing possible adverse effects.

Professor Gao had earlier expressed concerns over the use of the mRNA delivery mechanism – a way that a vaccine introduces viral genes into a body and trains the immune system to fight it –used is some jabs, like the one developed by Pfizer/BioNTech. Those words should not be mistaken for disapproval of such products, only as a statement of fact that the mRNA technology is relatively less tested than more traditional forms, he told RT.

In the end, every vaccine poses a risk of side effects, and the nature of SARS-CoV-2 virus is such that the benefits of any vaccine available now for humanity in general outweigh the risk, in his opinion.

“In general, we should take any – if you think there is any risk – for vaccination rather than wait. We cannot wait anymore,” he said.

Gao also spoke about why he believes China managed to keep Covid-19 in check while many Western nations failed.

“You [the UK] may think you have lost your chance for tracking and tracing, if you work very hard, there is still a way,” he said, when asked about Britain’s much-criticized program for tracing contacts of infected people.

China poured plenty of resources into community-level work and managed to contain the disease after the initial outbreak in the Wuhan province, Gao said. “Community has so [many] professionals. They made [sic] a brilliant job. They are the key people to do the trace and the tracking.”

He also reiterated China’s core message of global unity in the face of Covid-19, saying that a disease like this has to be addressed by the world together. The US pushed hard to blame China for the outbreak, accusing Beijing of covering up the severity of the disease and of possibly having triggered the outbreak with a leak from a lab.

“We are living in a small village. We got to work together. In the very beginning you asked me did I say something bad about the Pfizer vaccine. No, I did not say anything bad,” he said.