Home / WORLD / Taking the p**s: Statue of Netanyahu relieving himself appears in Tel Aviv as Israelis head to polls (PHOTOS)

Taking the p**s: Statue of Netanyahu relieving himself appears in Tel Aviv as Israelis head to polls (PHOTOS) 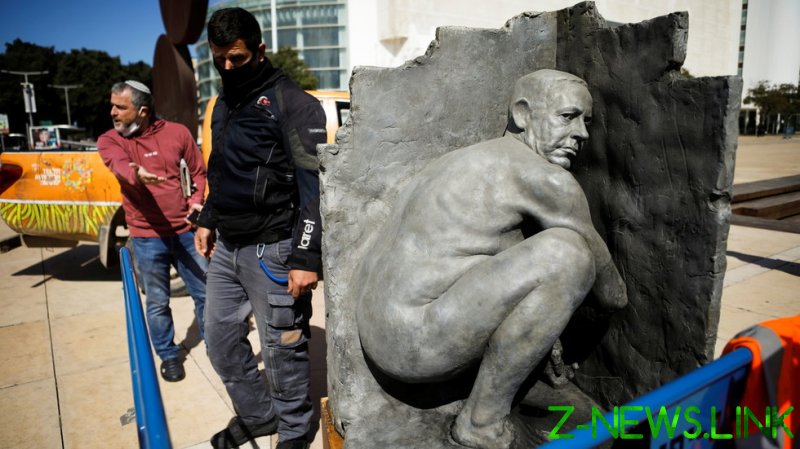 The sculpture appeared in Tel Aviv’s Habima Square on Wednesday morning, Israeli media reported. The statue, placed on a metallic-looking pedestal, portrays Netanyahu naked as he takes a leak.

The artist remains a mystery, but apparently set up a table nearby with snacks to draw the attention of passersby and monitor their reactions.

The statue was eventually hauled away by municipal workers, with police officers interrogating bystanders about whether they had any information about who had been responsible for the unauthorized work. Photographs show policemen placing barriers around the sculpture before its removal. 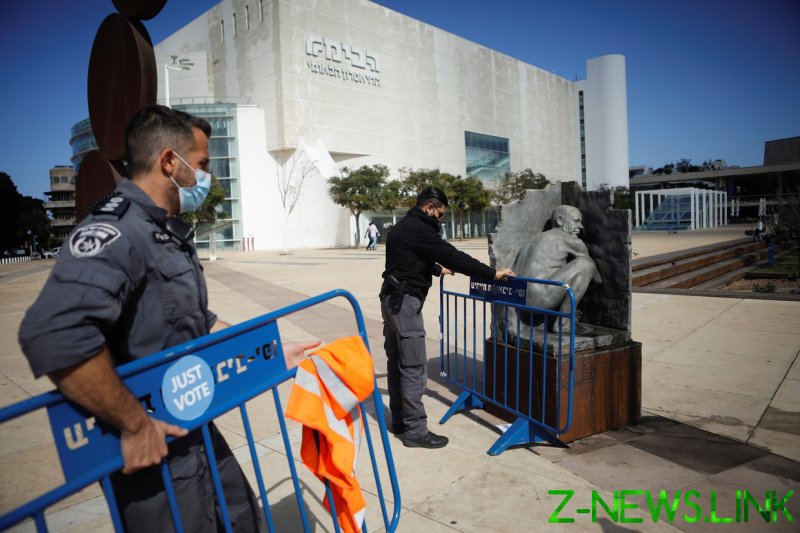 The short-lived installation seems to have provoked a range of emotions in Tel Aviv residents. Some were seen snapping photos of the statue, while others gestured angrily at it. 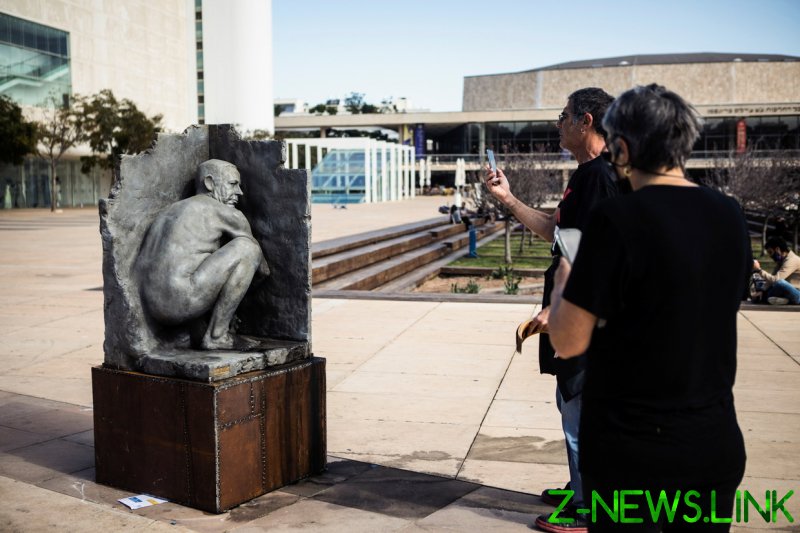 This is not the first time the prime minister has been a muse for artists. In December, police removed a six-ton statue of an anti-Netanyahu demonstrator that had been placed near the PM’s residence.

In 2016, a life-size golden figure of Netanyahu appeared in the center of Tel Aviv. Both this and the 2020 work were attributed to Israeli artist Itay Zalait, who said they were a form of political protest.

The most recent artistic display comes just a week before Israelis head back to the polls to decide Netanyahu’s fate. Israel’s longest-serving prime minister faces the vote on March 23, after his coalition government collapsed in December over his refusal to approve a 2021 budget.