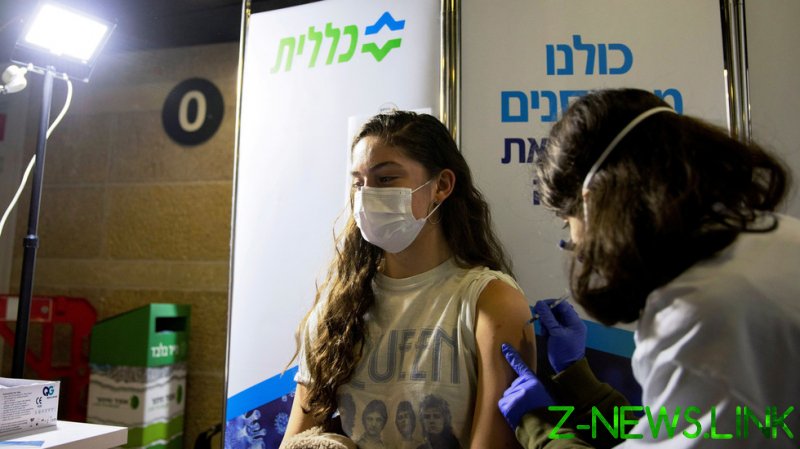 The group is one of many in Israel that stands accused of spreading misinformation about vaccines against Covid-19 and causing a slowdown in the pace of immunization in the country.

Israel has vaccinated some 43 percent of its population with at least one shot of the Pfizer-BioNTech vaccine, but some officials have complained about growing refusal from the remaining part of the society to take the shot.

“At the beginning of the campaign we got used to inoculating between 100,000 and 120,000 people per day, and in the last few days we are barely reaching half of those figures,” Kalanit Kaye, a senior official at Clalit Health Services, a leading Israeli healthcare provider, said earlier this month, blaming “fake news” for the decline.

The Hebrew-language Facebook group ‘Saying no to the green passport’, which was shut down by the platform on Tuesday, is one of those widely blamed by the Israeli media.

Named after the immunity certificate that the government plans to roll out soon, it reportedly rejected the label of ‘anti-vaxxer’ given to it by the press and said it simply stood against vaccination coercion. The ‘green pass’ certifying immunity will give holders privileges like access to gyms and sporting events, as Israel emerges from its lockdown.

Like other similar groups, this one featured plenty of questionable content, reports said, ranging from misleading or totally false claims about dangers posed by the vaccine to caricatures comparing Israeli Prime Minister Benjamin Netanyahu to Nazi goons.

It drew particular national attention for floating a suggestion that members should schedule vaccination appointments and fail to show up. The strategy would sabotage the deployment of the vaccine and waste some doses, according to the author of the proposal. Israeli law enforcement suggested those who would follow the plan may be held criminally accountable.

The group, which had some 14,000 members, was first suspended on January 14 but was later unfrozen after it challenged the decision. It was one of many online communities taken down for allegedly spreading misinformation, with Israel even creating a new special unit to fight against those undermining the immunization drive.