Tajikistan sounds alarm over impending Afghan refugee crisis, warns of stream of desperate people after fall of Kabul to Taliban 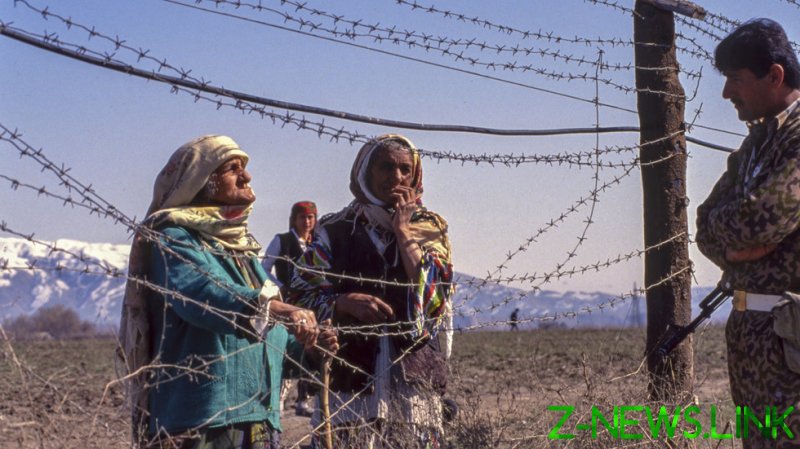 Speaking on Thursday, Tajikistan’s minister of internal affairs, Ramazon Rahimov, explained that the country was running out of resources to help displaced people crossing the border. “Tajikistan does not have the capacity to accommodate a large number of refugees and asylum seekers,” he said.

In July, the deputy head of the Tajikistan Emergency Situations Committee, Emomali Ibrokhimzoda, pledged that the nation was ready to take in 100,000 asylum seekers and would be working with international organizations to help prepare. Since then, the government has put aside approximately 70 hectares of land along the Afghan border for displaced people.

However, the country now says it does not have the ability to support the large number of people on its own, and Rahimov has called out to the international community. “Not a single international organization in 20 years has provided us with practical help in creating infrastructure to take in refugees and asylum seekers,” he said. The nation, which is the poorest in Central Asia, is now trying to appeal for assistance from the world to alleviate the problem.

Regional leaders have remained cautious of the situation, over fears of potential security threats from Afghanistan in the form of Islamist militants and terrorists disguised as refugees. Uzbekistan and Turkmenistan have already closed their borders to citizens of the Taliban-controlled country.

Meanwhile, Russian President Vladimir Putin has emphasized that the security of his country and surrounding ones comes first. When the West proposed placing those fleeing from the Taliban in Central Asian countries before they obtained visas, he slammed the idea, asking how safety could be guaranteed.

Tajikistan and Afghanistan share a 1,344 km border. According to the State Committee for National Security of Tajikistan, the situation is currently calm and controlled since the Taliban came to power.

Around 15,000 men, women, and children have been granted asylum by Tajikistan over the past two decades. There are currently 80 families on neutral territory seeking entry into the country.