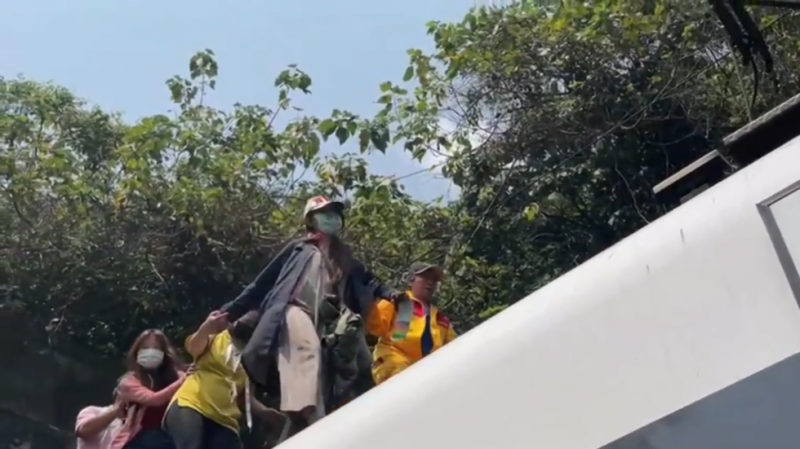 Rescuers from the fire department have finished the operation at the Qingshui Tunnel in Hualien county, evacuating all people trapped inside it following the incident on Friday morning. It reported a total of 48 deaths in the disaster, including the train’s driver. One of the fatalities was reportedly pronounced dead in hospital rather than at the scene.

Over a hundred people were injured in the derailment, according to the national Central News Agency, including 66 who require hospital treatment. Seven of the survivors were said to be in serious condition.

Initial reports said the train was carrying some 350 passengers when it crashed, but Transport Minister Lin Chia-lung later revealed that there were actually about 490 people on board. The train was apparently packed, with some passengers standing, according to local media. There were more travelers than usual due to an upcoming long-weekend holiday and the Qingming Festival, during which Chinese people tend to the graves of their ancestors.

The cause of the disaster is being investigated by the national transportation authority, but preliminary reports indicate that a crane truck that was being used in construction works on the railroad’s second track had slid down a slope.

“There was a construction vehicle that didn’t park properly and slid onto the rail track,” Hualien county police chief Tsai Ding-hsien told journalists. The diver has been arrested.

The train apparently hit the vehicle as it was about to enter the tunnel then derailed. Five of its eight cars piled up inside the tunnel, trapping passengers inside, which further hampered the rescue effort.

The crash site is located north of the city of Hualien on Taiwan’s mountainous eastern coast, a popular tourist destination. The railway said it will be using the second track for travel while the investigation and repair work is underway.