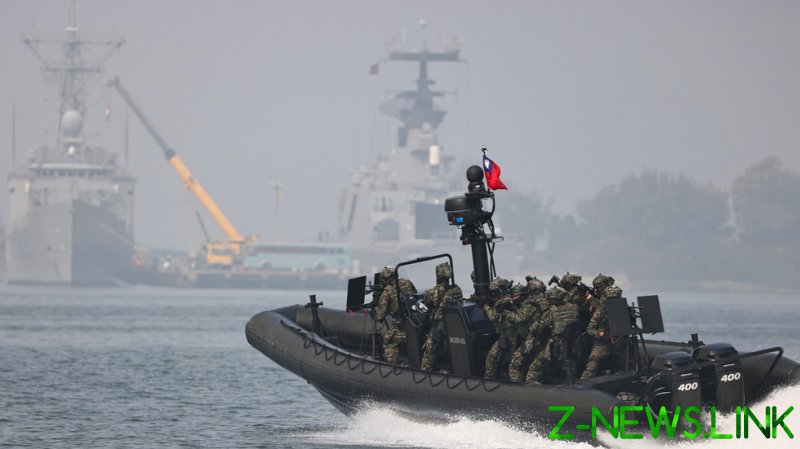 The island will carry out the first leg of its largest annual military drills, the Han Huang exercises, between April 23 and 30, Taiwan’s Defense Ministry said on Wednesday, noting that the second phase would come in July and include real-world field maneuvers.

“The drills are designed based on the toughest enemy threats, simulating all possible scenarios on an enemy invasion on Taiwan,” Major General Liu Yu-Ping said at a press conference, adding that the simulated portion of the exercise would run around the clock.

The announcement comes soon after Beijing carried out a round of drills not far from Taiwan, which it considers a rebellious province of China proper, saying such maneuvers would soon become routine. The exercises saw an aircraft carrier group transit in the vicinity of the island, prompting Taipei to claim the aircraft violated its airspace. Beijing has repeatedly staged fly-overs in recent weeks, with Taiwan reporting 20 craft over its airspace in a single day last month.

The US Navy sent its own carrier strike group into the South China Sea not long after the Chinese operation, the second such visit this year. Washington has actively backed Taiwan in its longstanding row with the mainland, agreeing in March to set up a “coast guard working group,” the island’s first such deal with the Joe Biden administration.

While Biden has yet to replicate the flurry of arms sales to Taiwan approved under ex-President Donald Trump, he has taken an increasingly tough tone toward Beijing – insisting in late March that he would hold it accountable for alleged transgressions in Hong Kong, Taiwan, and its Xinjiang province – and is also working to revitalize the ‘Quad’ alliance. Made up of the US, Australia, Japan, and India, the bloc was created as a bulwark against China in the Asia Pacific, and revived by Trump after a lengthy hiatus.