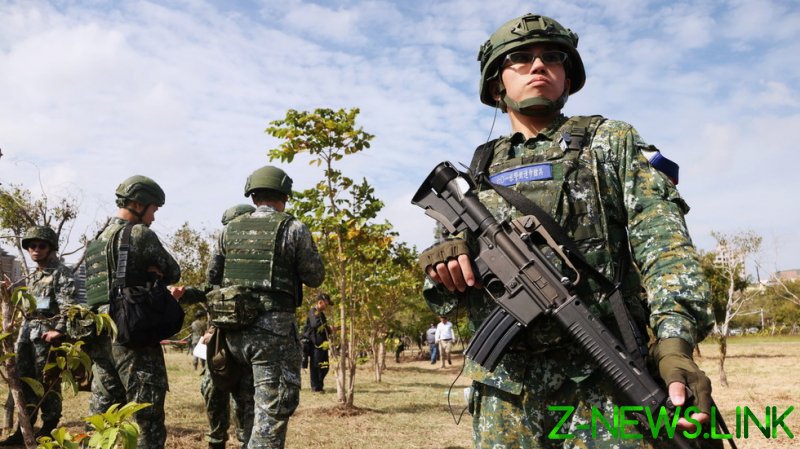 “Authoritarian forces consistently attempt to violate the existing norms-based order,” Tsai said. “Taiwan has been at the receiving end of such military threats on a daily basis.” The president was speaking at a security forum in Taipei, and did not explicitly refer to the country’s longtime nemesis, China. He also pointed to rising tensions in the “increasingly militarized” South China Sea, where China has made large, disputed territorial claims.

Tsai’s remarks coincided with Washington’s approval of a $280 million arms sale to Taipei. Under the new deal, Taiwan will receive a field information communications system (FICS) from the US.

The FICS is designed to provide mobile, secure voice, and data communications between command centers and troops in the battlefield. In a press release, the US Defense Security Cooperation Agency said the sale would help Taiwan “modernize its military communication’s capability.”

“Taiwan and the United States will continue to consolidate their security partnership to maintain peace and stability in the Taiwan Strait,” the ministry said.

The deal marks the 11th arms sale package to Taiwan under US President Donald Trump’s administration.

Beijing has repeatedly called on Washington to halt all weapons sales to Taiwan, arguing that they violate the “one-China principle.” In October, the US signed off on a deal to sell Harpoon missile systems worth $2.37 billion to the island.

In response, China said it would impose sanctions on Lockheed Martin, Boeing Defense, Raytheon, and other US defense firms it said were involved in the military hardware deals with Taipei.