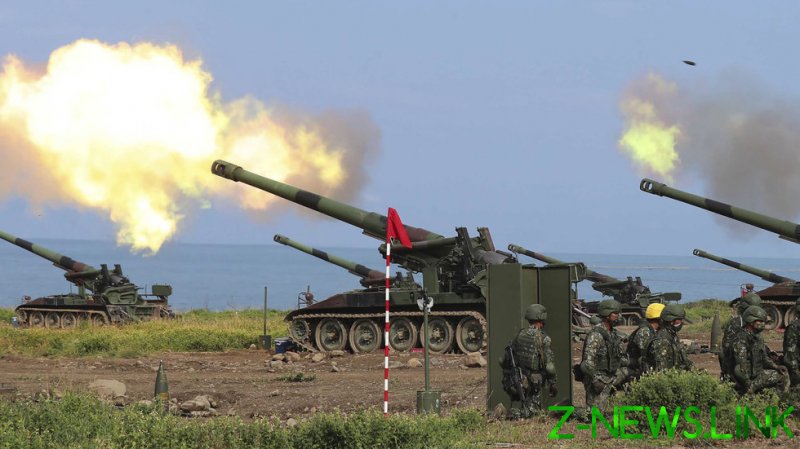 The Taiwanese military held drills on an island less than 50 kilometers from the Chinese mainland, reportedly firing weapons at offshore targets amid heightened fears in Taipei that Russia’s Ukraine offensive might embolden Beijing to launch a similar attack.

Wednesday’s exercises on Dongyin Island, located southeast of Fuzhou, China, included firing of cannons and machine guns at floating targets meant to represent advancing enemy forces, Reuters reported. Taiwan’s Ministry of National Defense called the live-fire drills routine, but they come amid growing tensions with Beijing, which considers the former Chinese province to be part of its sovereign territory.

Dongyin is one of several Taiwanese-controlled islands near the Chinese coast. One island group, called Kinmen, is right across Xiamen Bay from the mainland, only about 10 kilometers away. Taipei has reportedly been planning drills to test its defenses on several of the islets amid growing fears that China will seize one or more of the islands to force reunification talks with Taipei.

Taiwan reportedly has anti-ship and surface-to-air missiles deployed on the rocky island, which is home to about 1,500 civilians. Dongyin is considered a high-priority target for Chinese forces, as it sits at a point that invading naval and air units would likely pass if they were attacking from the north.

The same day that Russia launched its military offensive in Ukraine, Taiwanese President Tsai Ing-wen ordered military and security forces to strengthen their combat readiness and surveillance efforts. Also last month, UK Prime Minister Boris Johnson warned that if Ukraine’s independence is endangered by Russia, “the shock will echo around the world, and those echoes will be heard in east Asia, will be heard in Taiwan. People would draw the conclusion that aggression pays and that might is right.”