Taiwan furious as diplomatic property is transferred to Beijing 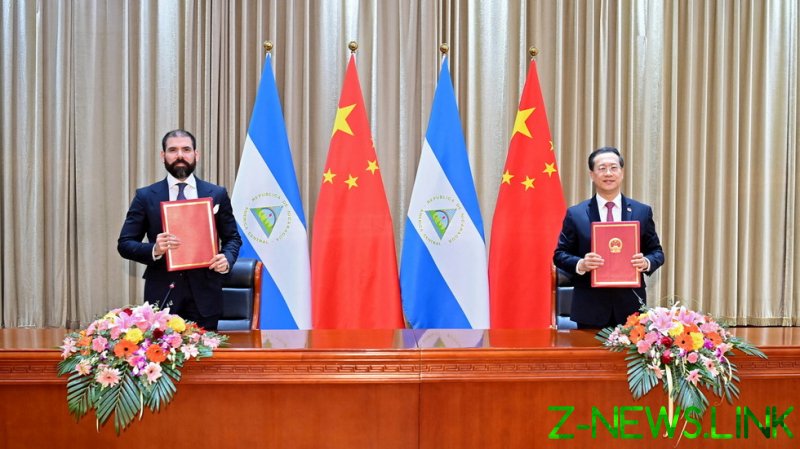 Authorities in Taipei lashed out at Nicaragua’s decision to hand over to Beijing the building in Managua that previously served as the embassy of Taiwan.

Taiwan’s Foreign Relations Ministry called the move “unlawful and utterly disgusting,” blasting the “Ortega regime” for blocking the plan to sell the property to the Nicaraguan Catholic church for the symbolic price of $1.

Earlier on Monday, the office of Nicaragua’s Attorney General Ana Julia Guido said the sale, which was reported by the local press, had no legal power. The attempted transfer of the real estate, vehicles, and other embassy property happened last week, shortly before the deadline set by President Daniel Ortega’s Sandinista government for Taiwanese diplomats to leave the country.

The AG statement said that Nicaragua considered the property to be owned by China and that officials appointed by Beijing had the right to manage it since Managua switched its diplomatic recognition back to the mainland government. Taiwan, which succeeded the losing side in the Chinese civil war, formally considers itself the legitimate government of China.

Taiwanese diplomats wanted the embassy to go to the Roman Catholic archdiocese of Managua. Its vicar general, Carlos Aviles, who confirmed the move to the anti-Sandinista newspaper La Prensa on Monday, said the legal process was yet to be officiated.

Silvio Jose Baez, an auxiliary bishop of the diocese who went into exile in 2019, appeared to criticize the government’s move by posting a link to the news on Twitter. He also offered several quotes from the Bible denouncing theft of property and greed.

Nicaragua’s switch of China recognition reversed a decision taken in 1990 by President Violeta Chamorro, after she won an election and came to power. The previous government under Ortega maintained Nicaragua’s original diplomatic relations with Taipei until 1985, when he dropped them and established ties with Beijing.

The Sandinista leader returned to power by winning the 2016 election, but kept ties with Taiwan, which became a major investor and jobs creator in Nicaragua. Many observers explain the change of the status quo by citing Ortega’s poor relations with the US – Taiwan’s staunch supporter – and China’s ambitious investment projects in Latin America.