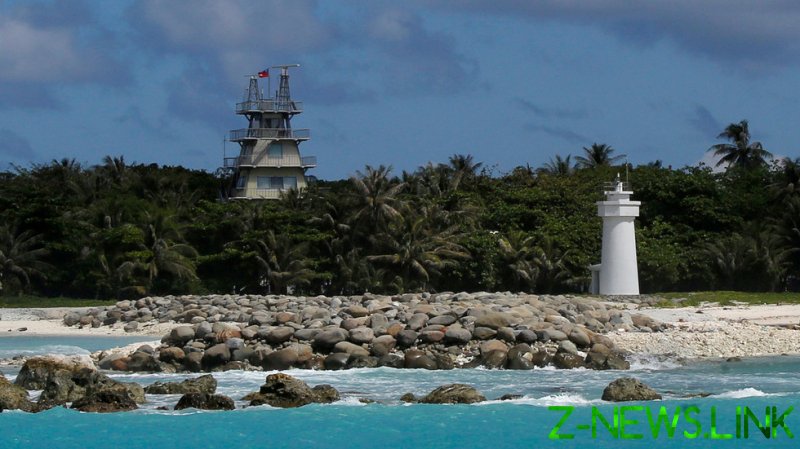 “They are capable of starting a war,” Taiwanese Defense Minister Chiu Kuo-cheng said when asked whether Beijing could attack Taiwan. “My goal is for us to be ready at all times.”

He was addressing the parliament of the island nation regarded by mainland China as an integral part of the country.

The minister revealed that Taiwan has increased its military presence on Itu Aba, the main island of the Paracels archipelago occupied by Taiwan in the South China Sea. The military presence was bolstered due to China’s “expansionism” in the region, he said, but Taiwan is still not considering a permanent garrison on the island.

He also revealed that the US has approved the export of sensitive submarine parts and equipment that the island nation has been seeking to get. Taiwan, which is heavily reliant on US weapon exports, announced plans to build a home-grown submarine fleet last year.

The South China Sea has been a constant source of tension for years already, as it remains the subject of overlapping territorial and maritime claims of multiple nations, including China, Vietnam, the Philippines, Taiwan, Malaysia, Indonesia, and Brunei.

The resource-rich region, which is an important international waterway with trillions of dollars’ worth of maritime traffic passing every year, has also been the target of the so-called “freedom of navigation” missions staged by Washington.

US naval ships and spy planes have repeatedly buzzed natural and artificial islands claimed by China, arguing that such activities contribute to “safety” in the area. Beijing, on the other hand, has repeatedly condemned such missions, arguing that they only bring further instability into the troubled waters and have caused multiple incidents between the militaries of the two nations.

Taiwan has been actively cooperating with the US in the military sphere lately, with Chiu assuring parliamentarians that the recent change of administration in Washington has not affected this work.