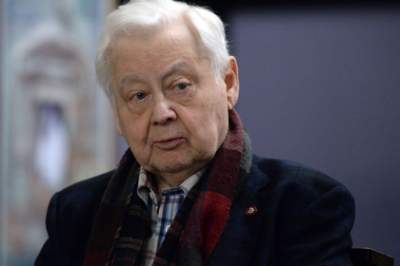 Oleg Tabakov, who for a long time in the hospital was better. The doctors cut off the artist from the ventilator.

As reported by REN TV tobacco responds to physical and even complained of a moderate pain in the lung area, where installed drainage. According to doctors, the actor oriented in time and space. Tabakov at the established normal temperature.

Now Oleg Pavlovich own breathing through the snorkel, mounted in the trachea. Because of this, the actor still cannot speak, he communicates with relatives and doctors in writing.

Earlier it became known that the deterioration of health Oleg Tabakov has accused the workers of an elite private clinic. Supposedly doctors who have observed the artist, ignored a serious disease. In the First city hospital, where he was taken in critical condition the actor said that Tabakov was the strongest sepsis, which kills even the young people.

Meanwhile, accurate information about what kind of disease struck Oleg Pavlovich, no. It was reported that the actor suppuration occurred in the dental implant. Then came the data that made Tabakov tracheotomy. Some Newspapers wrote that the artist “syndrome deep stun”.