Syrian troops approached the last stronghold of ISIS in the country 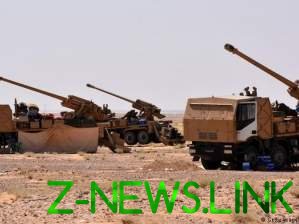 Soon an unrecognized state may suffer a complete defeat.

Syrian government forces entered the town of Mayadeen in the Eastern province of Deir ez-Zor, which still was under the full control of insurgents “Islamic state”.

“With the support of the Russian aviation regime forces entered Mayadin and took control of several buildings in the West of the city”, – quotes the edition the head of the London-based Syrian monitoring centre for human rights, Rami Abdel Rahman.

As reported by UNN, in the air strikes committed by Russian military aircraft in Eastern Syria, killing at least 14 civilians.