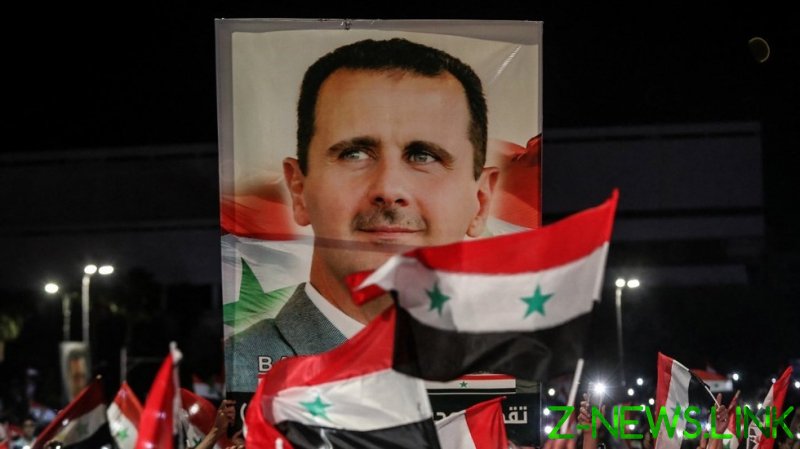 Turnout in Wednesday’s election was 78%, with Assad winning over 13 million votes, according to Hammouda Sabbagh, speaker of the Syrian legislature.

Mahmoud Ahmad Marei, who previously served as secretary-general of the rebel coalition National Front for the Liberation of Syria, received some 470,276 votes, or 3.1%, while Abdullah Sallum Abdullah of the Socialist Unionist Party came in third with about 213,968 votes, or 1.5%.

The total number of eligible voters was 14,239,140 out of the 18,107,000 Syrians currently inside or outside the country, according to Interior Minister Muhammad al-Rahmoun.

“Thank you to all Syrians for their high sense of nationalism and their notable participation,” Assad said in a statement after the results were announced. “For the future of Syria’s children and its youth, let’s start from tomorrow our campaign of work to build hope and build Syria.”

Western powers had denounced the election in advance as “illegitimate” and “neither be free nor fair,” arguing that the “Assad regime” was denying the vote to the displaced and the diaspora. While Damascus called the election in accordance with the Syrian constitution, the foreign ministers of the US, UK, France, Germany and Italy protested it was being held “outside of the framework described in UN Security Council Resolution 2254.”

Syrians have shot back that the very reason many of their fellow citizens in the diaspora could not vote was because these governments and their allies had closed down Syrian embassies over the past decade. The five states that condemned the election have also backed the militants seeking to overthrow the government in Damascus since 2011.

The conflict worsened with the emergence of the Islamic State (IS, formerly ISIS) terrorist group that claimed a large portion of the country, until Russia sent an expeditionary force at Assad’s request in late 2015.