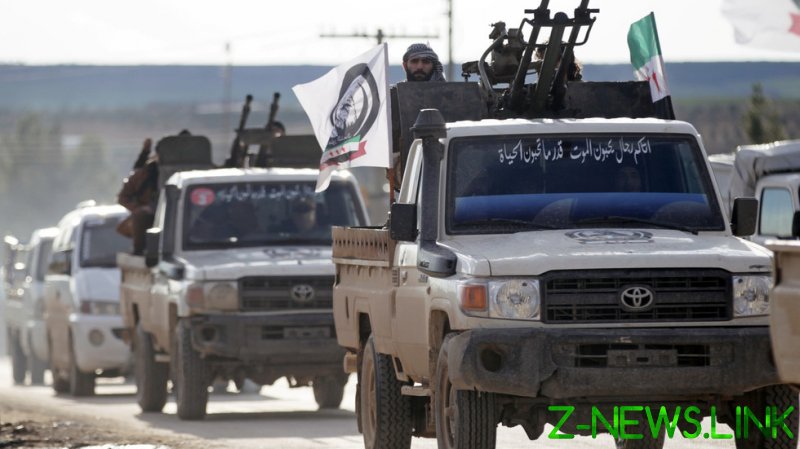 “Now, we have credible information, which indicates that Syrian fighters from some jihadist groups have reached the Nagorno-Karabakh battlefield through Gaziantep,” Macron told journalists as he arrived at an EU summit in Brussels, mentioning a southern Turkish city the militants supposedly passed through on their way to the disputed region.

The French leader stopped short of accusing Ankara of being involved in the alleged deployment but said that “this is a very serious new fact that changes the situation” on the ground.

The statement comes hours after Macron, Russian President Vladimir Putin, and US President Donald Trump issued a joint statement calling for an immediate ceasefire between Yerevan and Baku, and condemning the recent escalation of violence “in the strongest terms.”

The century-old conflict between the two neighbors flared up last weekend following an exchange of fire between the Azerbaijani and ethnic Armenian forces in the disputed region. Nagorno-Karabakh is internationally recognized as part of Azerbaijan, but has been de facto controlled by its ethnic Armenian population since the end of the war that broke out during the collapse of the Soviet Union. Both Baku and Yerevan believe they have strong claims on this territory.

While Russia has publicly remained neutral, calling on both sides to cease violence and offering to mediate talks, Turkey has pledged support to Azerbaijan, offering military and diplomatic assistance in repelling what it called “Armenian aggression.” Ankara has since repeatedly denied its forces were in any way involved in the confrontation, despite Armenia accusing Turkey of coordinating Azerbaijani airstrikes and shooting down Armenian military aircraft.

Turkish President Recep Tayyip Erdogan has dismissed a call for a ceasefire from the three presidents as unacceptable, while declaring it was “time to act.”