Home / WORLD / Syrian election that hasn’t happened yet ‘will neither be free nor fair,’ declare US and allies

Syrian election that hasn’t happened yet ‘will neither be free nor fair,’ declare US and allies 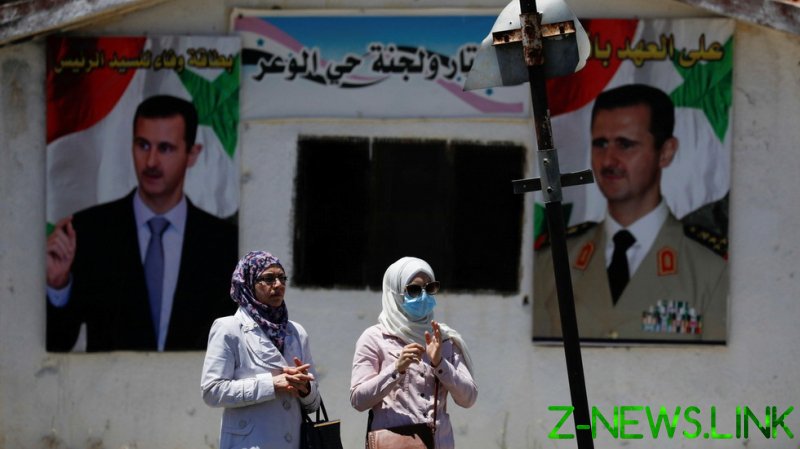 The five foreign ministers “wish to make clear that Syria’s May 26 presidential election will neither be free nor fair,” said US Secretary of State Antony Blinken, Jean-Yves Le Drian of France, Heiko Mass of Germany, Luigi Di Maio of Italy, and Dominic Raab of the UK in a joint statement on Tuesday.

Arguing that the “Assad regime” is holding the election “outside of the framework described in UN Security Council Resolution 2254,” they sided with “the voices of all Syrians, including civil society organizations and the Syrian opposition, who have condemned the electoral process as illegitimate.”

The election, scheduled for May 26, will see the incumbent president Bashar Assad be challenged by Abdullah Sallum Abdullah of the Socialist Unionist Party, as well as Mahmoud Ahmad Marei, who previously served as secretary-general of the National Front for the Liberation of Syria, a rebel faction.

At this point, the Syrian “opposition” is concentrated in the Idlib province under Turkish protection. Northeastern Syria is under control of the US-backed Kurdish militias, who have built a parallel government with the aid of Washington.

“For an election to be credible, all Syrians should be allowed to participate, including internally displaced Syrians, refugees, and members of the diaspora, in a safe and neutral environment,” Blinken and his allies also argued.

As multiple displaced and diaspora Syrians have pointed out, however, they have been prevented from casting their ballots by the US and its allies – who have closed down Syrian embassies and consulates in their territory as representing the “Assad regime.”

Syria has invited election observers from Russia, China, India, Brazil, South Africa, Venezuela, Cuba, Nicaragua, Bolivia, Ecuador and Armenia. Russia has also bolstered its expeditionary force – deployed in Syria since 2015, at the request of Damascus, to fight against Islamic State (IS, formerly ISIS) and other terrorist groups – with TU-22M nuclear-capable bombers.

On the other hand, Washington, London, Paris, Berlin and Rome have backed the Syrian “opposition” – including Islamist militants affiliated with Al-Qaeda – since war broke out in 2011.