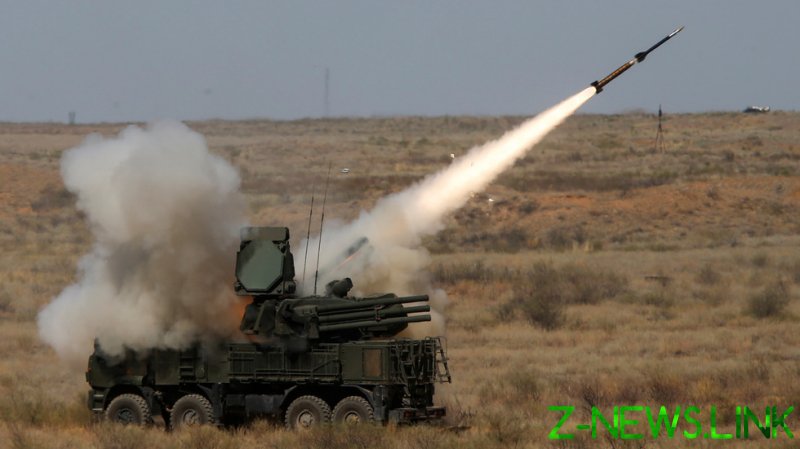 The Israeli strikes originated from around Beirut, Lebanon’s capital, and targeted areas in Syria’s Damascus and Homs provinces, SANA reported. Four civilians in the town of Qara were killed in the strikes, according to local reports cited by the Jerusalem Post.

Lebanese Defense Minister Zeina Akar condemned the air raid on Friday, saying it “blatantly violated Lebanon’s airspace” and triggered “a state of panic among citizens.” Beirut has also filed a formal complaint with the United Nations, saying the strikes ran afoul of UN Resolution 1701, which ended a major round of fighting between Israel and Lebanon in 2006.

The Israel Defense Forces (IDF) have launched hundreds of similar air strikes on Syrian territory over the past decade, including several in just the last few weeks. Though Tel Aviv rarely confirms such attacks, it has repeatedly voiced concern about Iran’s presence in Syria, as well as fighters linked with Hezbollah, a political party and militia faction based in southern Lebanon. Both have assisted the government in Damascus in its fight against an ongoing Islamist insurgency, as has Moscow, Syria’s closest military ally.

During a meeting in Kazakhstan last month, Russia, Iran and Turkey issued a joint statement condemning Israel’s “continuous” assault on Syria, insisting they not only violate “international humanitarian law” and “the sovereignty of Syria and neighboring countries,” but also destabilize the broader region. However, having already ignored a previous statement from the three countries last year, which also urged Israel to halt its bombing campaign, Tel Aviv appears unlikely to scale back the attacks.