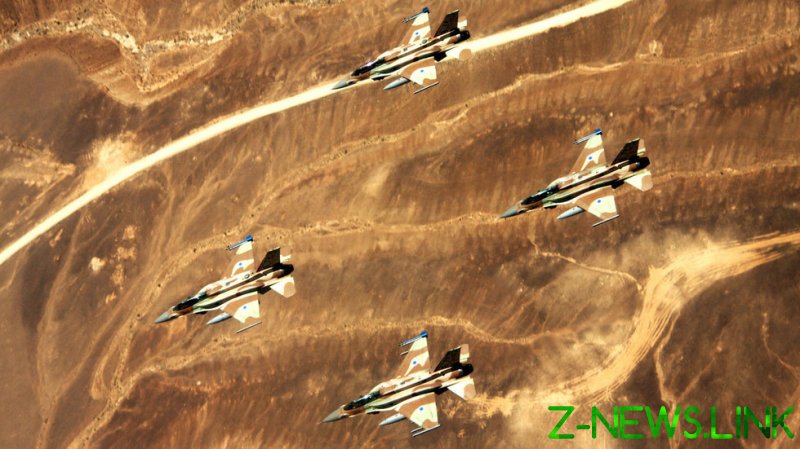 Syrian air defenses have successfully shot down a number of Israeli missiles fired at Damascus and its vicinity early on Wednesday, the Russian Defense Ministry (MOD) has claimed hours after a series of attacks on Syrian positions were acknowledged by Tel Aviv.

Four Israeli F-16 jets targeted the Damascus area at around 1am local time on Wednesday. Videos of air defense fire rising up to meet the missiles in the night sky quickly made the rounds on social media. According to the Syrian military, the missiles came from Lebanese airspace, somewhere southeast of Beirut.

Eight of the missiles they launched were destroyed by “air defense systems of Russian manufacture in service with the Syrian armed forces,” MOD said in a statement on Wednesday. 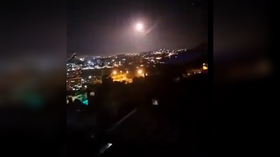 While Tel Aviv does not usually acknowledge its frequent air raids on Syria, this time it did, with the Israel Defense Forces announcing on Twitter they had targeted Syrian air defense batteries. They said a missile launched from Syria exploded over Umm al-Fahm, a city south of Nazareth in northern Israel.

That second attack came “from the direction of the occupied Golan Heights” and targeted Damascus surroundings, Syrian officials said. One soldier was killed and five were injured, including three members of an air defense battery, Syrian media reported.

The attack came around 1:30am local time and involved ten surface-to-surface missiles launched from the Golan Heights, according to MOD, which also confirmed the death of one Syrian soldier and the wounding of five more.

Israeli fighter jets have attacked Syria for years. When Tel Aviv acknowledges the attacks, it claims they are targeting “Iranian” military presence in the neighboring country, which Israel says endangers its existence. The government in Damascus has repeatedly condemned the strikes as violations of Syrian sovereignty and demanded they stop.

In addition to lodging diplomatic protests, Russia has supplied the Syrian military with air defense systems such as Buk, Pantsir S-1, and even S-300. This is not the first time that the defense ministry in Moscow has noted the systems’ effectiveness against air attacks.