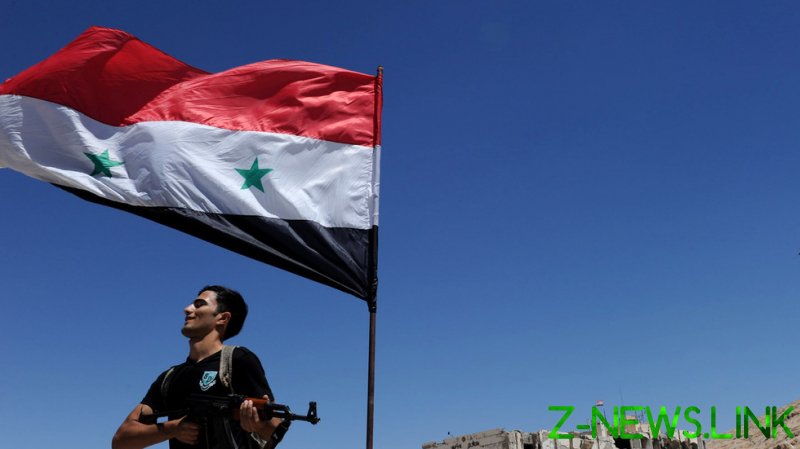 “The Syrian Arab Republic condemns in the strongest terms the US aggression against its sovereignty,” the foreign ministry in Damascus said on Friday, calling Thursday’s strikes in the Deir-ez-Zor province an act of “cowardly aggression” and “flagrant violation of the rules of international law and UN Charter.”

Washington said the US airstrike targeted “Iranian backed militant groups including Kait’ib Hezbollah and Kait’ib Sayyid al Shuhad” near the town of Al-Bukamal, on the Syrian-Iraqi border, and was retaliation for recent rocket attacks on facilities in Iraq used by US troops and contractors stationed there.

Visiting Houston, Texas on Friday, to survey the damage from last week’s winter storms and blackouts, Biden was asked what message he intended to send to Iran with the airstrikes.

“You can’t act with impunity. Be careful,” he said, in the only comment about the strikes that came from him personally.

The Syrian government, however, pointed out that the bombing sent “a message of American disregard for the role of international legitimacy in resolving the crisis in Syria,” as it coincided with the visit of UN Special Envoy for Syria Geir Pedersen to Damascus.

Denouncing the presence on Syrian soil of “Israeli, American and Turkish forces,” the government in Damascus also said it was determined “to restore every inch of [Syrian] land and liberate it from the occupation and terrorism.”