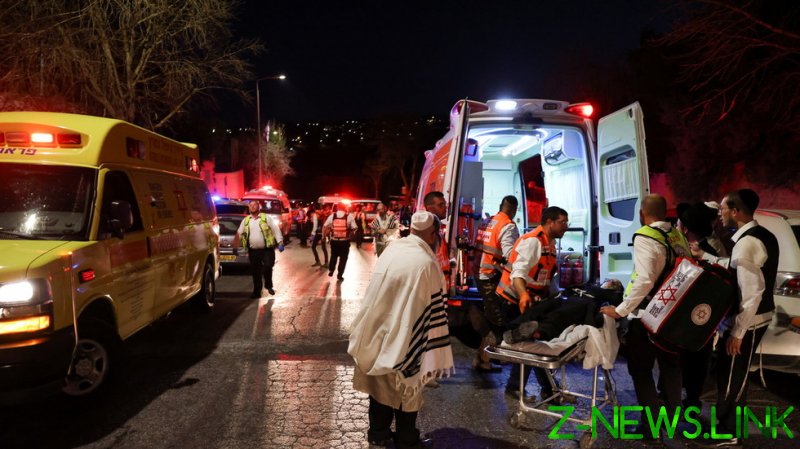 Magen David Adom, Israel’s emergency service, has reported that around 54 people were injured, with some becoming trapped under the rubble after the collapse. Of the dozens injured, five are in serious condition, and Fire and Rescue Services Commissioner Brig. Gen. Dedi Simchi has reported there are deaths at the scene, but did not specify how many, according to the Jerusalem Post. Media reports have signified at least two are dead.

Footage of the collapse has landed on social media showing the synagogue bleachers giving way from the back first, and dozens scrambling at the scene.

Israel Defense Forces (IDF) said in a statement that soldiers from the Home Front Command and medical personnel have been dispatched to the scene.

Local media have reported there were approximately 600 people inside the synagogue at the time of the collapse.