Home / WORLD / Sydney widens police powers, orders citizens to wear masks AT ALL TIMES outside home amid surge in cases

Sydney widens police powers, orders citizens to wear masks AT ALL TIMES outside home amid surge in cases 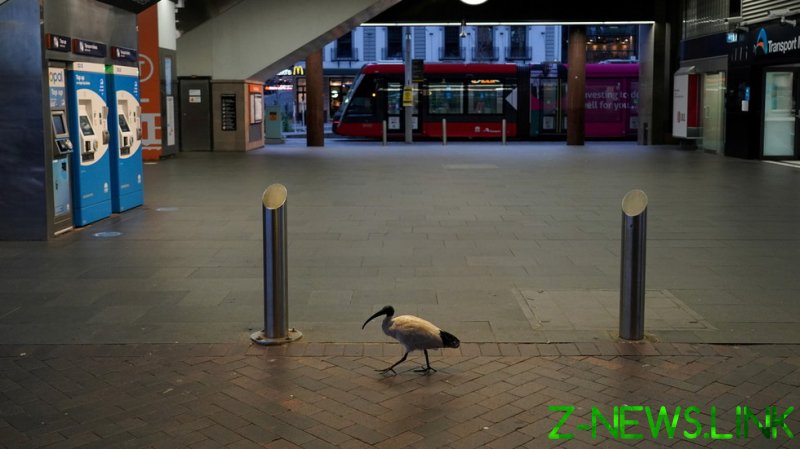 Police in New South Wales were given carte blanche on Thursday to enforce sweeping Covid-19 lockdown measures in eight areas of the nation’s biggest city, which are home to some 2 million people. According to the new rule, officers will have the right to shut down businesses, workplaces, construction sites and public spaces deemed to be in violation of the coronavirus restrictions.

Those living in the eight areas, designated as “local government areas of concern,” will have to wear a mask “at all times” once leaving their place of residence, Premier Gladys Berejiklian said Thursday. Freedom of movement will also be severely restricted. Barring “exceptional circumstances,” residents are banned from moving away for more than 5 kilometers (3 miles) from their home. Shopping as well as working out do not count as exceptions.

Those spotted without a mask will now have to cough up $500, an increase from a previous $200 fine.

Unveiling the new policy, Police Minister David Elliott said that regional officials and police “detest the fact” that they “had to” increase fines and let police grab more power.

Nevertheless, he urged law-abiding citizens to continue effectively snitching on violators and report those defying the health orders to Crime Stoppers, adding that police have “tens of thousands of people reporting breaches” already.

The new measures were announced after New South Wales reported 239 locally acquired infections on Thursday – its biggest ever daily uptick in cases. Some 113 of them have been linked to known clusters or contacts, and 126 are still being traced back. A total of two deaths were reported in the region within the last 24 hours, with one of the victims being a woman in her 90s and the other a man in his 80s. Both elderly patients were unvaccinated and hailed from southwest Sydney.

Although Sydney has been in lockdown since June 26, the draconian measures seem to have borne little fruit as far as stopping the spread of the virus, especially since the advance of its highly contagious Delta variant. The local government, however, has continued a push to reduce daily cases to near-zero, extending the lockdown into late August after it was set to expire this week.