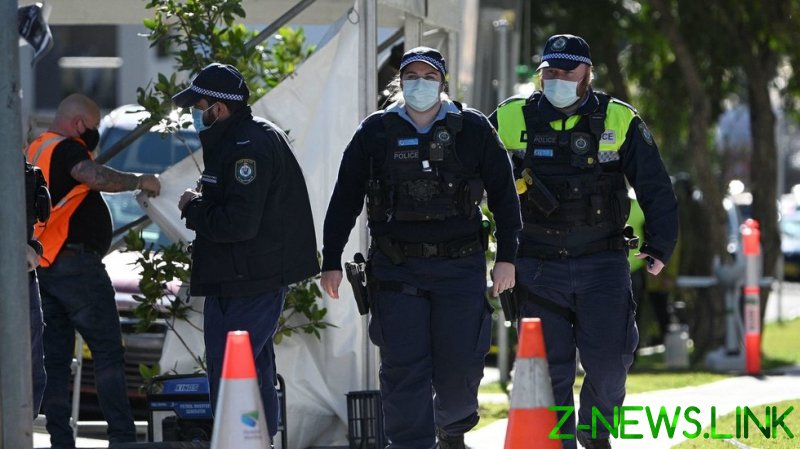 “What I’m concerned about is the crowding in shopping centers and places where we have seen transmission events in small shops,” Chant said.

The commander at Manning-Great Lakes Police, District Superintendent Christopher Schilt, previously warned that officers will be patrolling through shops and cafes to check if patrons are following lockdown rules.

NSW Deputy Police Commissioner Gary Worboys said that more than 1,000 compliance checks were carried out in the Sydney suburbs and over 400 vehicles were stopped and turned around for travelling “without a reasonable excuse.” The existing public health order bans residents from leaving home for non-essential purposes.

Australia managed to largely contain the spread of the virus during the early months of the pandemic, but was ultimately forced to bring back strict lockdowns in populous centers like Sydney, Melbourne, and the capital of Queensland, Brisbane, in order to curb the more contagious Delta variant.

Despite the rise in infections, NSW Premier Gladys Berejiklian said she will not impose curfews at this stage. “Policy positions that may have worked in the past aren’t going to have effect with Delta.”

Curfews were in place in Melbourne and other parts of the state of Victoria between early August and late September last year.