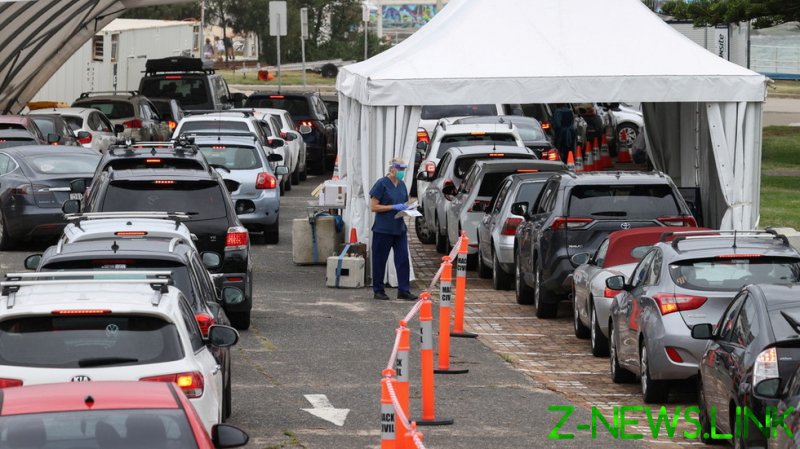 The cluster was detected in Sydney’s northern beachside suburbs in mid-December, and it has grown to 129 cases. About a quarter of a million residents will remain under lockdown until January 9 to stop the spread of infection.

New South Wales (NSW) recorded three coronavirus cases during the 24 hours prior to Monday morning. This is the lowest daily rise in infections in nearly two weeks.

The three new cases may be linked to the Sydney cluster, according to NSW Premier Gladys Berejiklian. “But until those links are established, all of us in Greater Sydney must be on high alert,” she said on Tuesday. “We do not want people to think we’re out of the woods; every time we get a couple of cases overnight which are not directly linked to the Northern Beaches it gives us concern.”

As these three new cases were detected after the daily deadline, or in the 24 hours leading up to 8pm on Monday, they will be included in the next tally.

The largest city in Australia, Sydney, has scaled back its New Year’s Eve celebrations. Large gatherings outdoors to watch its popular fireworks display are banned, and people are being urged to stay home.

The threat in Greater Sydney is now almost equal to the lower northern beaches, where locals could look forward to lockdown restrictions easing from Sunday, Berejiklian explained. The upper Northern Beaches are not likely to see relief in restrictions until at least January 9.

Police are planning a statewide operation for New Year’s Eve to stop large numbers of revelers from congregating.

Australia has recorded over 28,300 coronavirus cases and 909 deaths since the pandemic began.