Switzerland will be the intermediary between the US and Venezuela 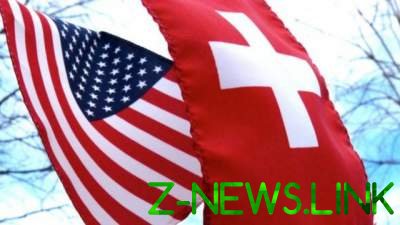 The Embassy of the country to represent the interests of the United States.

The U.S. state Department reported that in terms of broken diplomatic relations between the US and Venezuela, a representative of American interests in the country will be Switzerland.

It is noted that on the eve of Switzerland and the United States signed a corresponding agreement.

See also:  In Venezuela, part of the military moved to the side, Howdo — locked Central base

“The United States expresses its deepest appreciation to Switzerland for the fact that she agreed to take on this important function and to help the American citizens”, – stated in the message of Department.

At the moment the agreement has not yet entered into force and the citizens of the USA are not recommended to come to Venezuela, and those who are there are urged to leave the country.

See also:  An accident in Odessa: a pedestrian caught between the tram and the bus

“Until the Treaty entered into force, which in Venezuela, U.S. citizens who require emergency assistance may, where possible, to contact the Embassy and the U.S. Consulate in the neighboring countries”, – notes the Agency.