Swing states side with Democrats, will accept late ballots AFTER election day 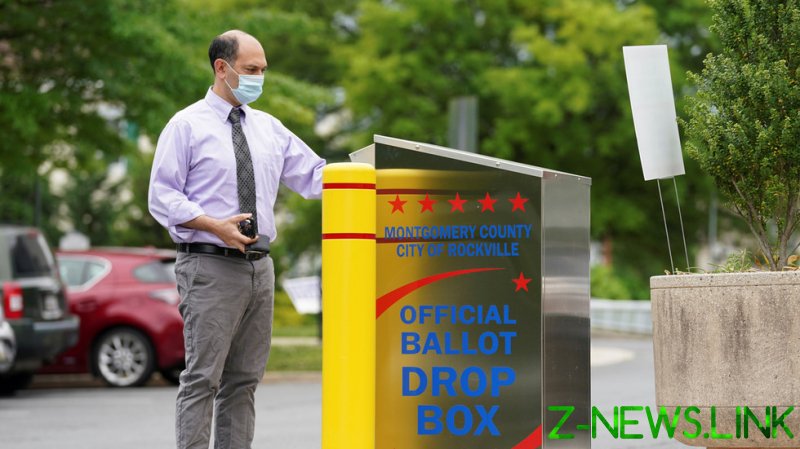 This November’s US presidential election is looking less and less likely to be decided on November 3. The Pennsylvania Supreme Court ruled on Thursday that mail-in ballots postmarked before 8pm on that date can be counted for up to three days after voting closes. Ruling in favor of the Pennsylvania Democratic Party, the court also gave the go-ahead to the use of ballot drop boxes. It also struck Green Party candidate Howie Hawkins from the ballot, citing improper paperwork.

Michigan followed suit on Friday, with a judge ruling that elections clerks must accept ballots postmarked by November 2 for 14 days after polling closes. The judge also allowed ballots to be delivered by third parties. This practice is sometimes referred to as ‘ballot harvesting’ (or ‘ballot collection’) and is restricted in multiple states and outright banned in some.

In its Thursday ruling, Pennsylvania’s Supreme Court upheld the state’s ban on ballot harvesting. The decision was cheered by President Donald Trump, who has repeatedly accused Democrat states of enabling voter fraud, and demanded in-person voting wherever possible.

Both Michigan and Pennsylvania will allow voters this year to request absentee ballots without providing a reason, meaning the share of votes cast by mail will be substantially larger in November than ever before. Both states are in play for Trump and Joe Biden, with Trump securing Michigan by 10,000 votes and Pennsylvania by 68,000 votes in 2016.

With just six weeks to go until election day, Biden has a single-digit lead on Trump in both states, though the gap between the candidates has closed in recent weeks. No Democrat has won the presidency without carrying Pennsylvania since Harry Truman in 1948.

If neither candidate scores a sufficient majority on election night, the winner might not be decided for two agonizing weeks, during which both camps will likely engage in all the legal wrangling they can to secure victory. On the Democratic side, 2016 loser Hillary Clinton has called on Biden to “not concede under any circumstances,” and on her party to launch a “massive legal operation” to make sure every potential blue vote counts.

Trump has repeatedly pushed for the winner to be decided on election night. Speaking to reporters last month, he said that late ballots would result in a situation where “you won’t know the election result for weeks, months, maybe years after.”

“Maybe you’ll never know the election result,” he added. “And that’s what I’m concerned with. It’ll be fixed. It’ll be rigged.”