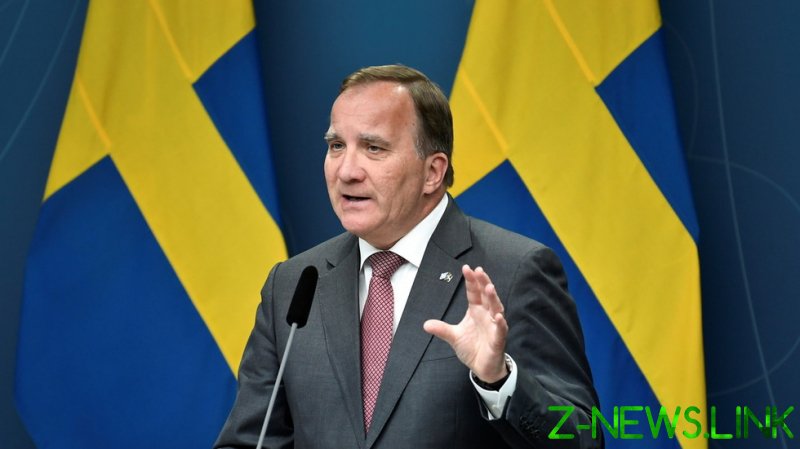 Lovfen was ousted by the parliament on Monday, becoming the first Swedish prime minister ever to lose a no-confidence vote.

The motion against the PM was launched by the right-wing Sweden Democrats party last week, after the Left Party withdrew its support for the government over a controversial rent reform. The plan envisioned the liberalization of Sweden’s rigid rent system, with removal of rent controls on newly built apartments.

The no-confidence motion, which required 175 votes in the 349-seat parliament to pass, received a narrow support of 181 MPs.

The Left Party’s move has proven to be fatal for the shaky minority coalition of Lovfen’s Social Democrats and the Greens. The coalition had to rely on the parliamentary support of the Left Party, as well as two minor center-right parties.

After the no-confidence vote, the PM now has a week to decide whether to resign, entrusting the parliament’s speaker with forming a caretaker government, or call a snap election. Last Thursday, Lovfen said he had not yet decided whether to resign, and blasted his former coalition partners over their move. “It is a dangerous path that the Left Party and the right-wing conservative parties are now choosing,” he told reporters. “They have no common plan for the future.”

Sweden has faced a housing shortage for decades, with the country’s central bank consistently describing the housing market as dysfunctional. With rents in the country set through a form of collective bargaining, proponents of reforms claimed that it was simply unprofitable to build new housing-for-rent.

Opponents of the proposed reform, including the Left Party, however, insisted that any changes to the system would lead to an out-of-control rise in rents. The government insisted the measure would affect only new housing built after 2022 and that tenants had nothing to worry about