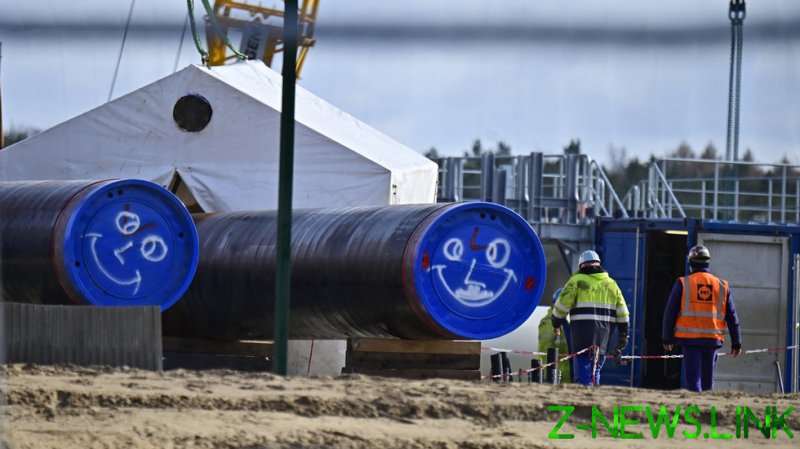 In an official inquiry addressed to Swedish foreign minister Ann Linde and seen by RT, Soder, who is a member of the country’s Democrats party, highlights that the European Union should take the necessary measures as a reaction to what some perceive as the Kremlin’s actions towards jailed opposition figure Alexey Navalny, and towards the three EU diplomats booted out of Russia. The lawmaker also urged a reaction to reported violence towards participants of unauthorized protests.

According to Soder, resisting the construction of the Nord Stream 2 gas pipeline could be one of the possible ways to react against policy implemented by Russian authorities.

“The Russian gas pipeline Nord Stream 2, running to Germany, is a threat to security policy, as it is making Europe dependent on Russian gas,” the lawmaker said. “Back in 2016, EU Climate Action and Energy Commissioner Miguel Arias Canete described the project as risky.”

Unauthorized marches against Navalny’s arrest were held in the center of cities throughout Russia on January 23, January 31, and on February 2, when supporters of the activist took to the streets of Moscow after the court ruling was announced.

Later, Moscow revoked the credentials of three officials from Germany, Poland and Sweden, over their participation in the rallies.

According to the judgment by a Moscow court, Navalny had failed to regularly report to the Federal Penitentiary Service. Consequently, the suspended sentence of 2014 was replaced by nearly three-years in prison, as Navalny’s excuse for non-appearance was deemed insufficient. Back in 2014, the activist was found guilty of embezzling 30 million rubles ($400,000) from two companies, including the French cosmetics brand Yves Rocher, in a case Navalny claims was politically motivated.

The Nord Stream 2 pipeline project is being implemented by Russian energy giant Gazprom in close partnership with several European oil and gas majors. The $11-billion pipeline, which is currently nearing completion, is set to double the existing pipeline’s capacity by 55 billion cubic meters of gas per year. Nord Stream 2 will reportedly provide transit for 70 percent of Russian gas sales to the EU.

The project has repeatedly been slammed by the US administration as undermining Europe’s energy security and stability. Moreover, smaller members of the EU, including Poland, Latvia, Lithuania, Romania, and Hungary, have persistently opposed the project.

Ukraine, which used to benefit from the transit of gas from Russia to Europe, is standing strong against Nord Stream 2, as successful implementation of the project will deprive its budget of transit fees.

However, several European officials have voiced support for the much-debated project, urging that it not be tied to Russia’s internal affairs but as a purely commercial project that is aimed at safeguarding the EU energy security.