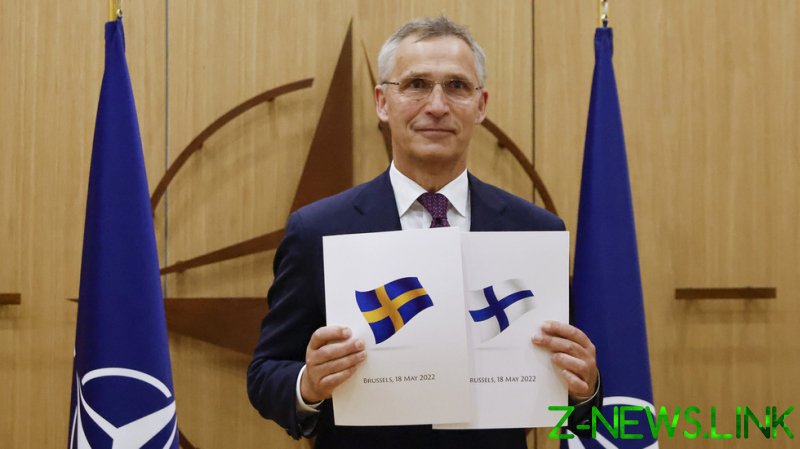 Diplomats representing Sweden and Finland at NATO met with Secretary General Jens Stoltenberg on Wednesday to deliver their governments’ requests to admit their nations into the military bloc.

Axel Wernhoff of Sweden and Klaus Korhonen of Finland met the NATO chief together to file the paperwork. The two letters were signed by the foreign ministers of both nations on Tuesday.

Stoltenberg thanked the envoys for delivering the applications, which he said was a historic step for the organization, adding that all members agree “on the importance of NATO enlargement.” The secretary general noted that the “security interests of all allies need to be taken into account” as they consider the bids, and that NATO will “work through all issues and reach rapid conclusions.”

Earlier, Turkey publicly objected against admitting the two nations into NATO after accusing them of harboring terrorists and discriminating against Turkey in trade.

The Turkish officials were referring to the perceived leniency towards anti-government organizations, such as the Kurdistan Workers’ Party, which Ankara considers to be terrorist groups, and the restrictions on the export of arms to Turkey imposed in 2019 in the wake of Ankara’s crackdown on Kurdish militants in Syria. 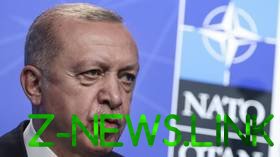 The NATO chief earlier expressed certainty that the issues Turkey has with the applicants will be resolved swiftly and will not impede their accession. New NATO members must be approved unanimously, so Turkey could decide to deny admission to Sweden and Finland.

Stockholm and Helsinki broke with their traditions of non-alignment and have sought membership in the US-led military organization after Russia’s attack against Ukraine. Moscow has said it would make the necessary preparations to defend itself from NATO in conjunction with the inclusion of the two new members.