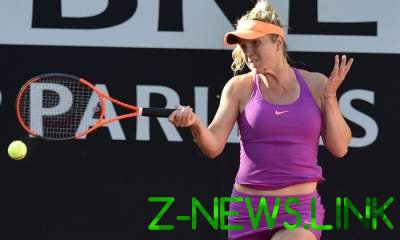 The women’s tennis Association (WTA) has unveiled the list of contenders to five nominations by the end of season 2017.

The first racket of Ukraine Elina Svitolina claims to be the best tennis player of the year. Along with a native of Odessa this category is Simona Halep (Romania), Garbine Muguruza (Spain), Elena Ostapenko (Latvia), Karolina Pliskova (Czech Republic) and Venus Williams (USA).

Svitolina will also compete for the status as the most progressive tennis players at the end of 2017. In this category of the competition are Ukrainian Caroline Garcia (France), Kristina Mladenovic (France), Jelena Ostapenko (Latvia) and Coco Vandeweghe (United States).

Svitolina 2017 has started in the status of the 14-th racket of the world. After a sensational victory at a major tournament in Dubai, Ukrainian debuted in the top 10. In July Elina entered the top 5, and September 11 became the third racket of the world and improved the national record of Ukraine.

Elina Svitolina is the leader of the season in the number of titles – Ukrainian won the tournament in Taipei, Dubai, Istanbul, Rome and Toronto. This season Svitolina won 51 victories, 12 defeats.

Other nominations from WTA: