Home / sports / Svitolina beat Halep, but finished the fight in the Final tournament

Svitolina beat Halep, but finished the fight in the Final tournament 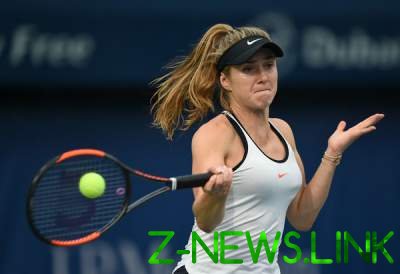 The first racket of Ukraine Elina Svitolina, despite the victory over the strongest tennis player in the world Simona Halep failed to reach the semi Final of the WTA tournament in Singapore.

Svitolina before coming to the court has lost even theoretical chances of getting into the semi Final of the tournament. In the first match of the day the leader of the red group Caroline Wozniacki missed the victory over Caroline Garcia (6:0, 3:6, 5:7), that automatically ruled out Svitolina among the contenders for the semi-finals.

For Svitolina in the match with the first racket of the world Simona Halep was on the line for more ranking points and prize money. In addition, the Ukrainian could affect the fate of Garcia, that in case of defeat Halep reached the semi-finals.

The lack of tournament prospects opened up Svitolina and allowed her to enjoy it. Elina looked much fresher their previous matches in Singapore and scored a legitimate victory in two sets. This book is the fifth time in his career he beat the first racket of the world and not
let Halep in the semifinals of the WTA Finals.

See also:  Anna Muzychuk lost in the final of the world chess championship

Debut participation in the Final tournament of the WTA brought Elina Svitolina 275 points and 283 thousand dollars in prize money.

Thus, Karolina Pliskova in the 1/2 final of the tournament will play against Caroline Wozniacki and Caroline Garcia will meet with Vinus Williams.