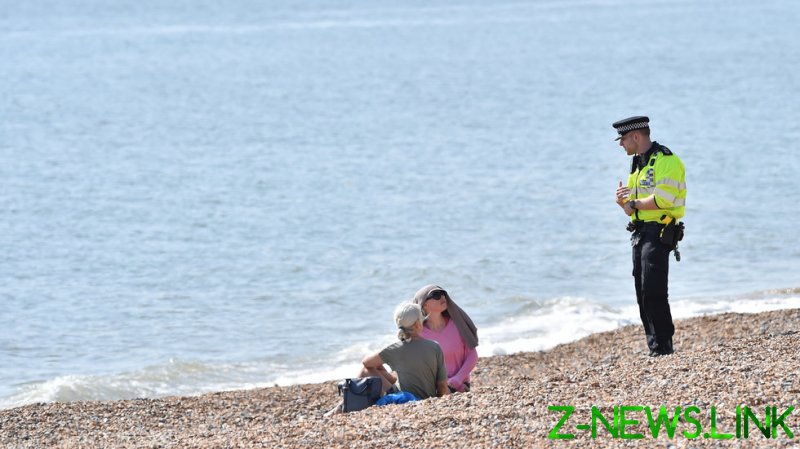 In a statement published on its website, Sussex Police said that at least 16 officers had been assaulted while on duty across the county on Christmas Day.

The violent incidents included spitting, kicking, punching and biting, while one officer suffered a dislocated shoulder. The force condemned the “significant” number of assaults as “completely unacceptable” and said such behaviour would not be tolerated.

Of the 16 incidents recorded, 12 occurred in West Sussex and four occurred in Brighton and Hove, the statement read.

Sussex Police did not disclose details about the circumstances behind the attacks, but Detective Chief Superintendent Steve Rayland seemed to hint that the public was lashing out at police at least in part due to coronavirus restrictions put in place over the Christmas holiday.

“We know things are tough at the moment, especially during the festive season, but we’re all in this together. Whatever the circumstances, there is absolutely no excuse to assault a police officer, and anyone found guilty of committing such an offence will be dealt with robustly,” he said.

Hastings and Rother, in East Sussex, were placed under Tier 4 restrictions last Sunday ahead of Christmas, as part of the UK government’s response to an allegedly more contagious mutation of Covid-19. The rest of the county was moved to Tier 4 yesterday. The new rules mean that residents must not leave or be outside their homes unless they have a “reasonable excuse.”

Attacks on emergency workers in the UK are on the rise. According to official figures, assaults on police and other first responders have spiked by about 30 percent when compared to last year.