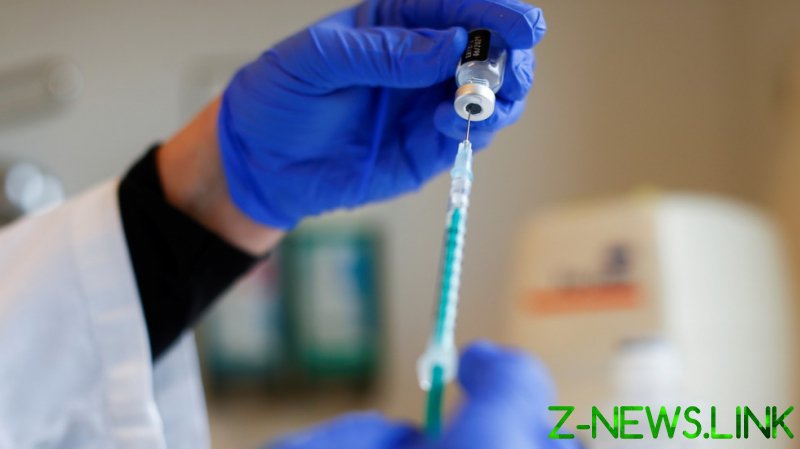 Thousands of people in the small town of Schortens in northern Germany might have to go through the vaccination procedure all over again, just months after they supposedly got immunized against Covid-19, the local authorities have revealed following an investigation in what was deemed a minor cover-up issue but developed into a major vaccination scandal.

“A total of 8,557 people might have received no vaccine protection in part or in full,” said Sven Ambrosy, the administration head of the Friesland district, where the town is located. The local authorities are now trying to contact all potentially affected people and have set up a hotline for those willing to clear up their situation, the German media reported.

Those affected mostly include elderly people over 70 years old, who took the supposed vaccine shots between March 5 and April 20 at a local Friesland vaccination center in Schortens-Roffhausen. The problem is that they never actually got the jab but were most likely injected with a simple saline solution instead.

“We have well-founded suspicions of danger,” said Peter Beer, the deputy head of the local police department. The incident appears to be not just a simple mistake, though. It ultimately comes down to just one woman – a former employee of the German Red Cross entrusted with preparing the syringes with the Covid-19 vaccines.

A woman that had been working at the vaccination center since early 2021 confessed to her colleague in late April that she filled six syringes with saline after she allegedly dropped and broke an ampule with a Pfizer vaccine and supposedly attempted to cover up the loss.

At that time, the authorities had to test around 200 people, who received their shots on a certain day, since it was not immediately clear who was injected with saline. The nurse was immediately terminated as the authorities also launched a probe into the incident.

It soon became clear that many more people were affected than previously thought. In May, the confirmed number of those who did not receive the proper jab grew from six to 22.According to Beer, the police also obtained some evidence pointing to further cases during witness questioning in June. A total of 9,673 people received their shots between March 5 and April 20, although not all of them might be affected.

Now the police believe that the whole incident might be politically motivated. The investigators discovered that the nurse in question shared posts criticizing the vaccines and the German government’s measures taken to fight the pandemic on social media even before April 21.

The woman also shared information “critical” of the Covid-19 pandemic in various chats, Beer confirmed, adding that it is “all that we have found so far in the course of the investigation.” Now a special police commissioner for politically motivated crimes has taken over the probe. The nurse is staying silent on the new accusations, according to the German media.

Germany is not the only nation that saw such incidents during its vaccination campaign. In neighboring France, some 140 people who attended the vaccination center at Reims University Hospital in the town of Epernay, 130km northeast of Paris, received injections of saline instead of real jabs as well. The incident that took place in April was a result of an unexplained blunder by French medical workers.