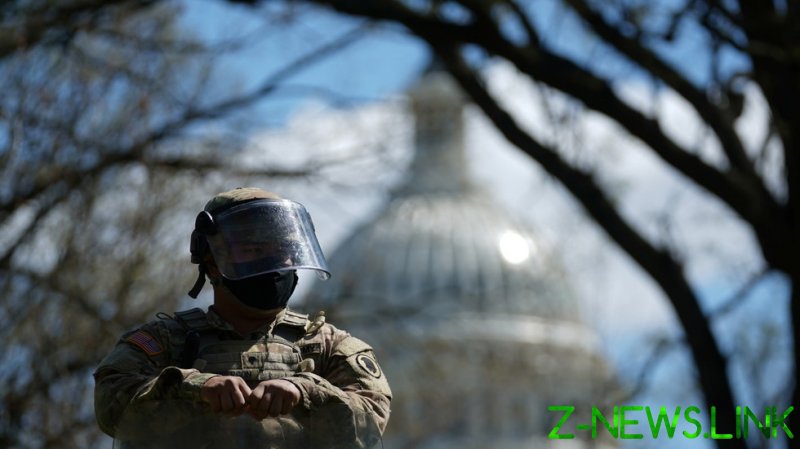 A car smashed into the barricade on Constitution Avenue, on the northeast side of the Capitol complex, on Friday afternoon, seriously injuring two officers. The driver emerged armed with a knife and was shot by Capitol Police.

All three were taken to hospital, but one of the officers and the suspect have since died, police officials confirmed at a press conference. The second Capitol Police officer is reportedly in a critical condition.

The Capitol went into lockdown over the incident. Journalists at the complex filmed both the scene of the crash and a US Park Police helicopter touching down on the lawn outside the east entrance.

“It is with a very, very heavy heart, that I announce that one of our officers has succumbed to his injuries,” Acting Capitol Police Chief Yogananda Pittman told reporters at the press conference, asking the public to keep his family and the Capitol Police in their prayers.

“The suspect exited the vehicle with a knife in hand,” Pittman said. He “did not respond to verbal commands” and “started to lunge” at the officers, and they shot him.

The incident “does not appear to be terrorism-related,” but remains under investigation, said DC Metropolitan Police Chief Robert Contee. Capitol Police could not find any record of the suspect having previously been involved with law enforcement, suggesting there was no “nexus” with any member of Congress.

National Guard troops in riot gear were quickly dispatched to the area. Congress is currently on Easter recess, and the legislators are not expected back in Washington until April 12.

Friday’s incident is the first serious security threat to the Capitol since the January 6 riot, when a crowd of supporters of President Donald Trump interrupted the joint session of Congress held to certify the election of Democrat Joe Biden as president.

Some 25,000 National Guard troops were deployed to safeguard Biden’s inauguration and the Capitol from “threats” that failed to materialize. Several thousand still remain in Washington, DC. An outer-perimeter fence topped with razor wire was only recently removed from around the Capitol.