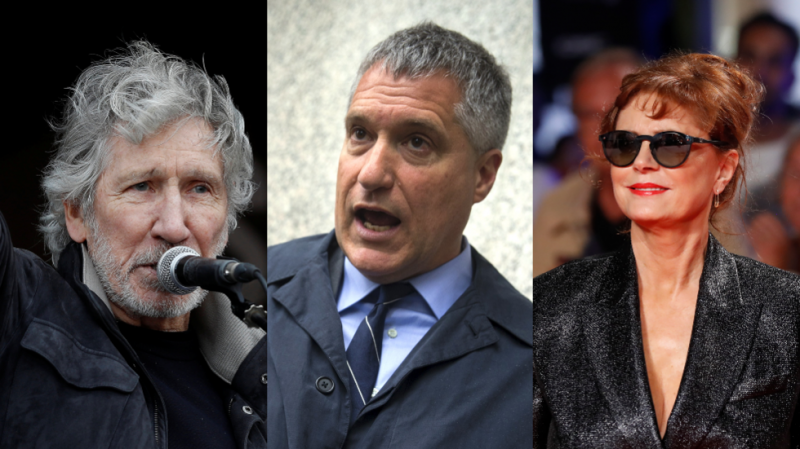 After nearly two years under house arrest, Steven Donziger will finally see the inside of a courtroom on Monday. A former lawyer, Donziger rose to fame after he successfully prosecuted oil giant Chevron for polluting indigenous land in Ecuador. Donziger won damages of $18 billion from an Ecuadorian court in 2011, later reduced to $9.5 billion – less than a tenth of Chevron’s 2019 turnover of $139 billion.

Chevron didn’t pay up. Instead, the oil giant filed a racketeering suit against him, and a New York federal court ruled in 2014 that the Ecuador judgement was “obtained by corrupt means.” Donziger appealed this ruling, but will now face contempt of court charges for alleged misconduct during this appeal.

Outside the Manhattan courthouse, Susan Sarandon and Roger Waters will lead a protest, Donziger revealed on Sunday.

Although Donziger’s case will be heard inside a federal courtroom, he is not being prosecuted by the government. Instead, a private law firm that listed Chevron as one of its clients is pursuing the contempt charges against him. Donziger described the trial as “Chevron-orchestrated” and “the nation’s first corporate criminal prosecution.”

Curious parties will not be allowed to watch the proceedings. Donziger petitioned Judge Loretta Preska last month to allow TV cameras inside the courtroom, and to allow the trial to be streamed on Zoom. Both requests were denied, with Donziger’s attorney, Marty Garbus, describing the move as an “obvious and transparent attempt to hide public scrutiny of a farcical proceeding with a biased judge, no jury, and a private Chevron prosecutor.”

“Requests to watch are pouring in from around the world,” Donziger tweeted on Sunday. “Judge Preska must restore Zoom access.”

In addition to Sarandon and Waters, Donziger’s plight has attracted the support of 55 Nobel laureates, more than 200 lawyers, and six Democratic members of Congress – including New York’s Alexandria Ocasio-Cortez, Michigan’s Rashida Tlaib, and Maryland’s Jamie Raskin.

If found guilty of contempt, Donziger could face five months in prison. However, he told RT earlier this year that he thinks the true aim of his prosecutors is to prevent future cases being taken against companies like Chevron.

“Oil and big fossil fuel companies do not want to pay for their pollution, if they have to, then their entire business model would be much less viable or would have to be extinguished,” he said. “They hate the concept of a country like Ecuador having a court that holds a big US company accountable. I don’t think they want other countries ruling on the conduct of US companies to this degree.”