Home / culture / Surrounded by Tabakov spoke about the cancer

Surrounded by Tabakov spoke about the cancer 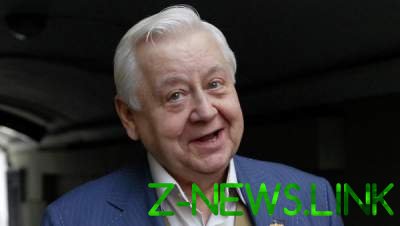 All week representatives of the news portals are trying to figure out what happened with people’s artist of the USSR Oleg Tabakov.

On 27 November he was taken to the intensive care unit of the First city hospital. Then it became known about the cancellation of several performances with his participation in the Chekhov Moscow art theatre. Yesterday it was reported that the actor underwent an emergency operation.

Over the past few days reporters have been described a variety of reasons for his hospitalization: infection against the rejection of the dental implants, pneumonia and even sepsis. All this time with Oleg Pavlovich was wife Marina Zudina. But to discuss the health of her husband, she refuses.

Comment on the situation the sons of actor Anton and Paul only even more confused fans. And, in the midst of the master say that the reason the plague of the 21st century — cancer.