Home / WORLD / Surprise, surprise: Matt Damon shows sympathy for Trump supporters, and is now called to task by the left for past verbal sins

Surprise, surprise: Matt Damon shows sympathy for Trump supporters, and is now called to task by the left for past verbal sins 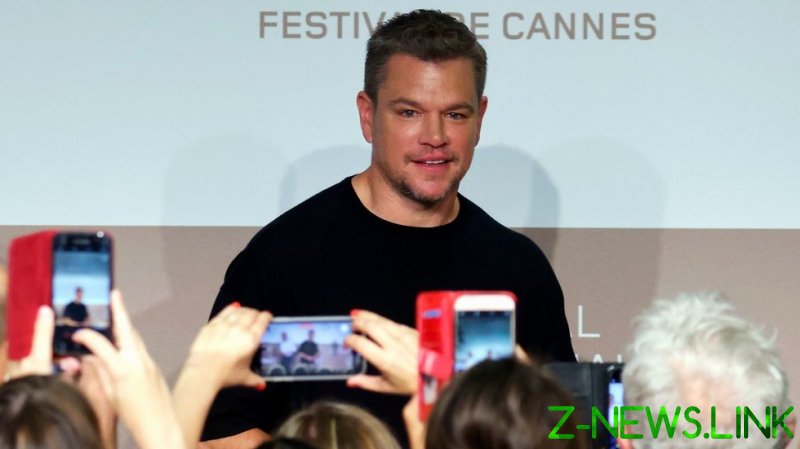 The ‘Good Will Hunting’ star has found his name making waves on social media, which would usually be a good thing for an actor headlining a new film – but few are talking about his latest movie, ‘Stillwater’.

In an interview with the Sunday Times, the actor recalled how he had used the “f-slur for homosexual” in front of his daughter only months ago, offending her so much that she left the room.

“She left the table. I said, ‘Come on, that’s a joke! I say it in the movie ‘Stuck on You!’’” he said. “She went to her room and wrote a very long, beautiful treatise on how that word is dangerous. I said, ‘I retire the f-slur!’ I understood.”

Damon, a vocal liberal, explained that he grew up hearing the word used repeatedly, but “with a different application” than what makes it a slur.

One would think a middle-aged, Massachusetts-born actor telling an anecdote about how he stopped casually using a hurtful word he’d grown up hearing “commonly” would be an issue that pales in comparison to others that gay people face today. Judging by the outrage and the way Damon’s name has been consistently trending, though, one would be wrong.

Many took to social media to express actual frustration with Damon’s sudden realization, some shocked it would take him so long to understand not to use the word.

To be clear: Damon has outraged people not because he used a derogatory term, but because he explained why using the term was wrong by telling a story about how he learned it himself.

It’s difficult to see why such a small admission could cause a massive uproar. After all, Alec Baldwin has been back in the good graces of liberals for years now, and he was accused of using the exact same word – one of many controversies forgotten in the face of a middle-of-the-road Trump impression.

The difference with Damon is he’s a man who knows how to put his foot in his mouth, something he actually discussed in the very same interview, recalling the backlash he received in 2017 when commenting on the #MeToo movement. The actor made a point about accounting for the level of severity of accusations – meaning some deserve more punishment than others – but his words were quickly spun into him defending disgraced former colleagues like Harvey Weinstein.

“Twenty years ago, the best way I can put it is that the journalist listened to the music more than the lyrics [of an interview]. Now your lyrics are getting parsed, to pull them out of context and get the best headline possible,” the actor said of the previous backlash. “Everyone needs clicks. Before it didn’t really matter what I said, because it didn’t make the news. But maybe this shift is a good thing. So I shut the f**k up more.”

The actor also put his foot in his mouth earlier this year when he first began promoting ‘Stillwater’, a film about an American father going to France after his daughter is charged with murder.

In the film, Damon is an unapologetic middle-American, blue-collar everyman – a rare sight in Hollywood movies today. While promoting the film, the actor spoke about hanging out with oil riggers and their church-going families for research, and admitted his character would be a Trump supporter based on those interactions.

“They’re in the oil business, of course [my character] voted for Trump,” he said, adding, “they don’t apologize for who they are.”

Damon said he hopes the movie inspires people to reach across the political divide, something the reaction to his latest interview shows just isn’t feasible in today’s culture.

Reviews for ‘Stillwater’ have subsequently offered praise, but in a rather condescending way.

Damon “finds the humanity in a Trumper,” Variety’s review reads.

Vulture praised the actor for making an excellent “unlovable American.”

The actor made himself a target simply by saying Trump’s name without immediately following up with a comment about being so heartbroken by racism and scared of white supremacy.

It’s why folks like Baldwin get a pass. He says the right things and sticks to the updated woke script.

Between Damon’s “f-slur” confession, his non-agenda-driven talk on Trump supporters, and his #MeToo comments, he doesn’t quite know how to toe the PC-line.

If Damon had described being around church song-singing, oil rig-working, Trump-voting Americans as a frightening experience, and made a point about how his film is a takedown of toxic masculinity and borders, his little “f-slur” confession would likely earn him some pats on the back and friendly headlines encouraging others to be more like the high-horse-sitting Damon.

Except he didn’t follow the rulebook. He likes playing Trump-loving characters and hanging with Trump-loving Americans, so he must be an anti-gay, stubborn old man.

Damon was absolutely right in his interview. He should “shut the f**k up,” because unless you’re willing to say all the right things and drop nuance and honesty in favor of virtue-signaling and convenient political declarations, the woke mob will decide your politics for you, and condemn you accordingly.