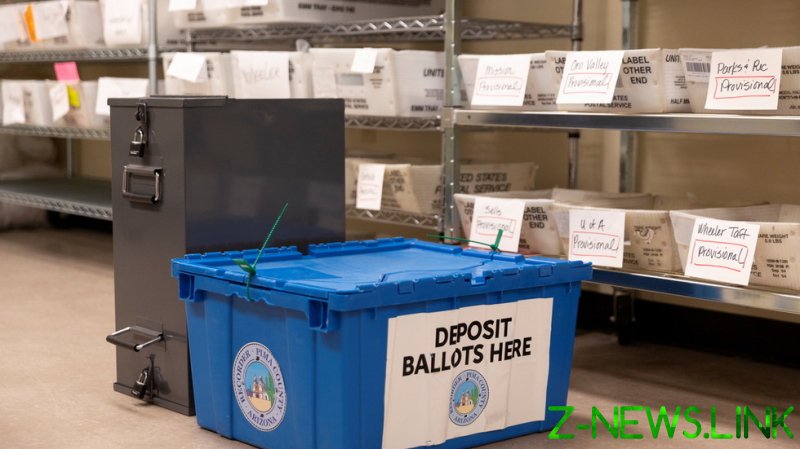 Arizona’s Republican-backed new rules are aimed at combating ballot harvesting and fraud by requiring voters to submit provisional ballots to the correct precinct based on the voter’s location – and require those cast in the wrong precinct to be discarded. The rules also prevent voters from submitting ballots belonging to people other than themselves in most cases.

The Supreme Court’s decision overturns the Ninth Circuit Court of Appeals ruling that the rules breached the Voting Rights Act.

Democratic critics have said the Arizona voting restrictions can disproportionately affect voters of color, including Native American populations, who may live far away from voting precincts and mail carrier services, and require third parties to collect their ballots.

Ballot harvesting, however, is often cited by activists as a potential source for fraud, who argue it can allow people to influence others’ votes.

A Texas political consultant, for instance, was arrested earlier this year after videos secretly recorded by Project Veritas showed her describing ways in which she uses ballot harvesting to get enough ballots for candidates who pay her to drum up support. She was arrested for voter fraud in January, though her attorney has argued the videos were misleadingly edited.

The Supreme Court rejected the argument that Arizona’s new requirements amount to racial discrimination, with Conservative Justice Samuel Alito writing in the court’s decision that the “mere fact there is some disparity in impact does not necessarily mean that a system is not equally open or that it does not give everyone an equal opportunity to vote.”

In the dissenting opinion, liberal Justice Elena Kagan said the Court had “damaged a statute designed to bring about ‘the end of discrimination.’”

“What is tragic here is that the Court has (yet again) rewritten – in order to weaken – a statute that stands as a monument to America’s greatness, and protects against its basest impulses. What is tragic is that the court has damaged a statute designed to bring about ‘the end of discrimination in voting,’” she wrote.

The Democratic National Committee and the Arizona Democratic Party had originally sued over the voting restrictions.

The Court’s vote predictably split down political divides, with the Court’s majority of conservative and moderate judges voting in favor of the measures, while the Court’s three more liberal judges opposed. The decision on Arizona’s measures likely means a more difficult legal path forward for Democrats challenging other Republican-backed voting measures, including in Georgia.

Democrats have been accusing Republicans of attempting to restrict voter access in multiple states following Donald Trump’s loss in the 2020 presidential election, while Republicans have pointed to some voting restrictions as necessary to combat fraud.

Trump continues to claim he was the legitimate winner of the election, though no official evidence of widespread fraud in Biden’s favor has been found.