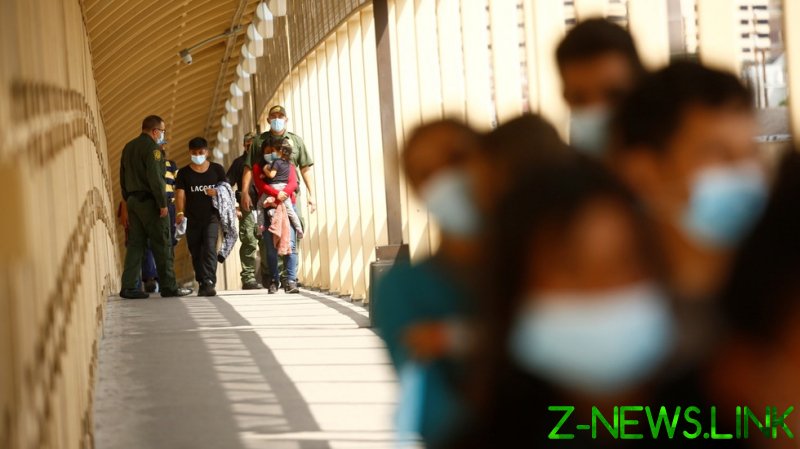 In a brief opinion on Tuesday, the court determined that the federal government can not legally put an end to the immigration rule, first implemented under then-President Donald Trump in 2019, upholding a previous decision by a federal judge in Texas. Three liberal justices – Stephen Breyer, Sonia Sotomayor and Elena Kagan, dissented to the ruling.

Besides those in dissent, the justices said that Biden’s attempt to rescind the immigration rule in June was “arbitrary and capricious,” barring it from going through with the move.

Somewhat ironically, the court cited a 2020 ruling which prohibited Trump from ending an Obama-era policy – the Deferred Action for Childhood Arrivals, or DACA, program – arguing that Trump ran afoul of procedural rules set out for such policy changes. That same reasoning is now being applied to Biden, who has vowed to overhaul virtually all immigration policies implemented under his predecessor.

Responding to the ruling, the Department of Homeland Security (DHS) said it “regrets that the Supreme Court declined to issue a stay,” vowing to fight the decision while also saying it would comply for now.

“DHS has appealed the district court’s order and will continue to vigorously challenge it. As the appeal process continues, however, DHS will comply with the order in good faith,” the agency said.

Formally known as the “Migrant Protection Protocols,” the “Remain in Mexico” rule was initially suspended in January when Biden first took office, and later rescinded in June. The rule applies to any migrant who left a third country and traveled to the US border through Mexico, and has kept tens of thousands seeking asylum or citizenship out of the United States while they await official proceedings.

Biden’s DHS said in June that it would allow migrants turned away from the border under that policy to try again in the US, though the fate of those individuals is again in limbo following Tuesday’s SCOTUS ruling.

In Texas alone, some 32,000 migrants were denied entry while the rule was in effect, according to data compiled by Syracuse University. Many were rejected after they were unable to appear for their court dates on the US side of the border due to the policy, leaving them in something of a catch-22.

US officials previously said they weren’t sure how many migrants would reapply for asylum after the rule was initially – and temporarily – abolished earlier this summer, but experts with the International Organization for Migration suggested it could have been as many as 10,000.