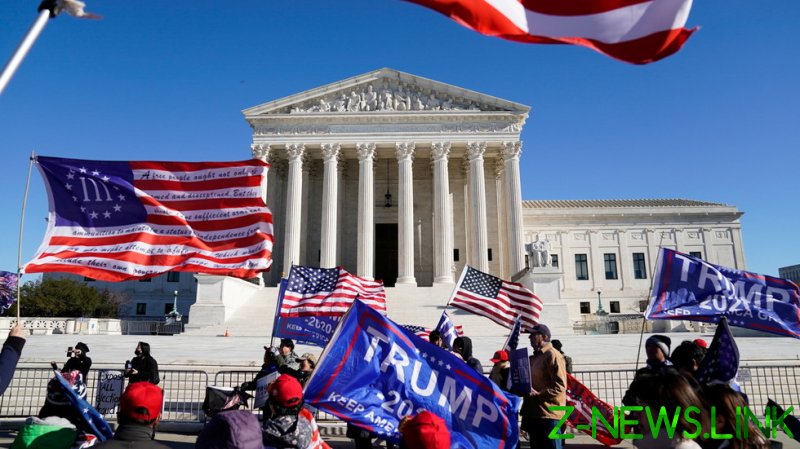 “The Supreme Court really let us down. No Wisdom, No Courage!” the president angrily tweeted.

Trump wrote that the Supreme Court had rejected the lawsuit filed by Texas “within a flash,” and “without even looking at the many reasons it was brought.”

“A Rigged Election, fight on!” he wrote.

Twitter flagged Trump’s allegation of fraud as “disputed” and attached a link to a news story saying that voter fraud was “exceedingly rare” in America to his tweet.

The Texas v. Pennsylvania lawsuit was a last-ditch effort by Trump’s allies to contest the election before Electoral College delegates formally cast their votes for the president on December 14.

Texas sought to invalidate the election results in four battleground states – Georgia, Pennsylvania, Michigan and Wisconsin – while arguing that the local Covid-19-related voting procedures were illegal. The lawsuit was officially backed by the 17 Republican Party-controlled states and 106 House Republicans, as well as Trump himself.