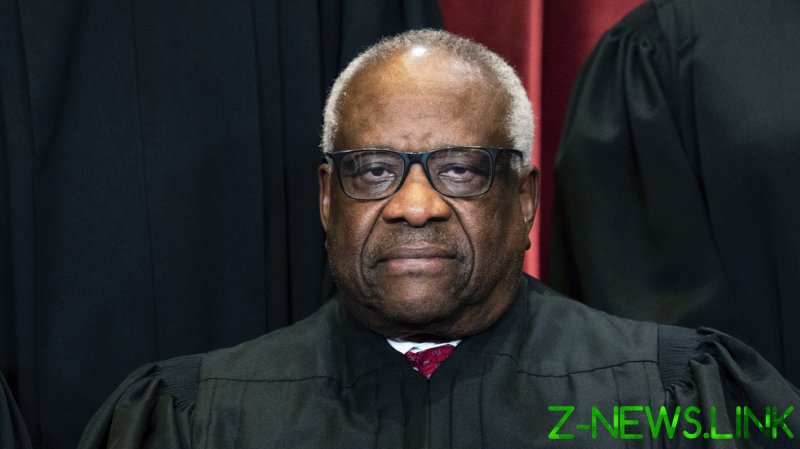 The Supreme Court announced on Sunday that Thomas had been admitted to Washington, DC’s Sibley Memorial Hospital on Friday after suffering from “flu-like symptoms.” Following tests, Thomas was allegedly diagnosed with an unspecified infection and treated with “intravenous antibiotics.”

“His symptoms are abating, he is resting comfortably, and he expects to be released from the hospital in a day or two,” claimed the Supreme Court in a statement, adding that Thomas would continue to participate “in the consideration and discussion of any cases for which he is not present on the basis of the briefs, transcripts, and audio of the oral arguments.”

Clarence – who served in several roles under the administration of 40th US President Ronald Reagan – was elevated to the Supreme Court in October 1991 after being nominated by 41st President George H. W. Bush.