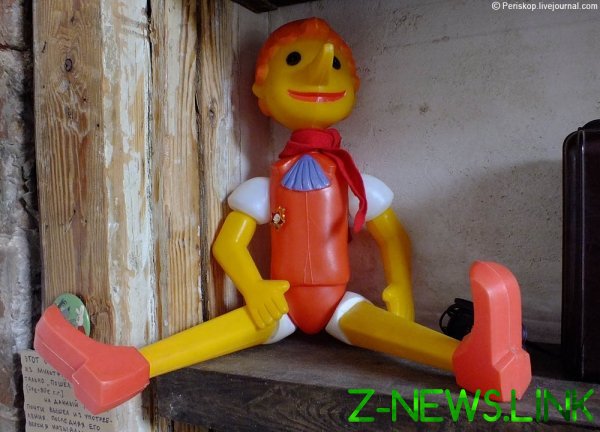 Came here on the open spaces of our Internet (which is a special law want to protect our deputies) article in “KP” – “Things of the Soviet era, about which we have almost forgotten, back into our lives”. Well, the fact that the owners/creators use still the name of “Komsomolskaya Pravda” for a resource that a long time ago to never “Komsomolskaya” and not “the truth” is even too much talk makes no sense. This former Komsomol the public conscience was not in Soviet times or now. But this is the note “Things of the Soviet era, which we almost forgot” is just epic concoction, eloquently demonstrating how in our time diligently created a myth about the wonderful Soviet Union. Not to be unfounded, I will briefly touch on the main points of this epic lies from “KP”.

The first thing the “Soviet time, which we almost forgot” not knowing shame the journalist of “KP” refers to… a Polaroid camera. 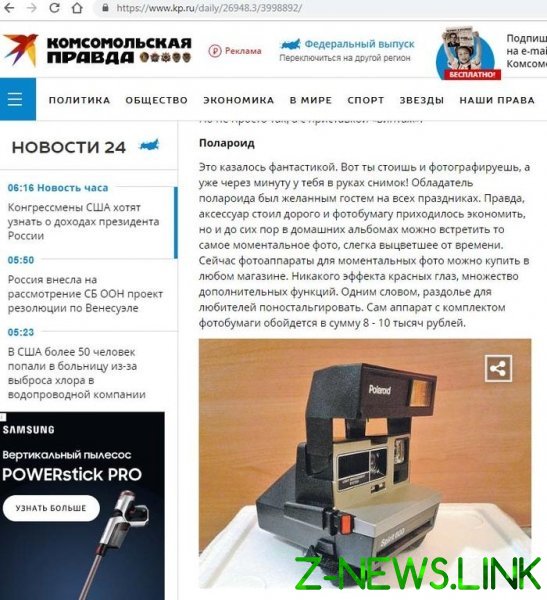 What I want to ask the scribblers of the “Komsomolskaya Pravda” – but what the hell, just shame and shame? What the fuck Polaroid in Soviet times? If he was at the time someone was so only some units of diplomats and equivalent heads of the vegetable bases. And that is unlikely. Polaroid cameras became available only after it happened “kirdyk your Scoop.” However, even in the 90s not everyone could splurge on this camera.

But this is not enough. Further, the author had no qualms reckons the number of things “the Soviet time, which we almost forgot” – Tamagotchi! 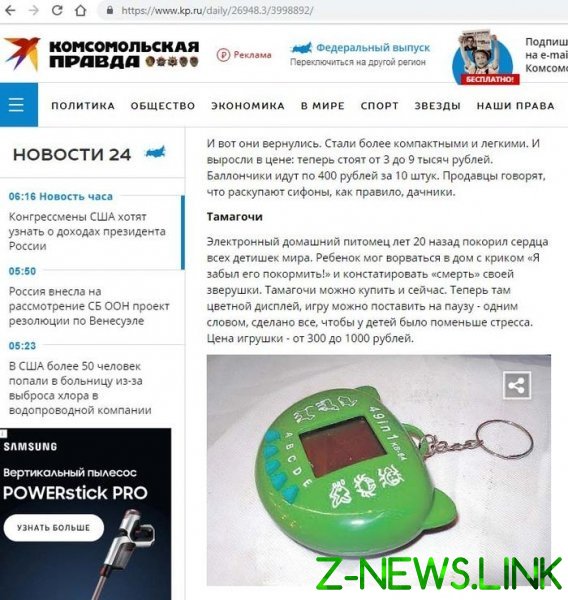 Seriously? The device, which appeared in 1996, this asshole from “KP” so easily calls “Soviet thing”? Extravaganza just!

Of course, for the sake of this list included a few artifacts, which in the USSR were used: a siphon of soda water, a slide projector, and – Shazam! – vinyl records. Wow! So amazing Soviet artifact of a vinyl record, which, as it turns out, returns to life. Probably because he is a Soviet. Author lobotomy that I have done? 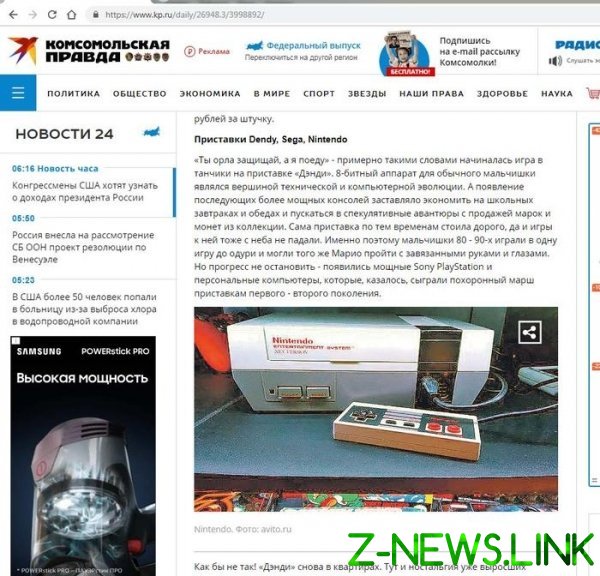 All hell. Taiwanese and Japanese consoles Dendy, Sega and Nintendo – it turns out to be “things of the Soviet era, which we almost forgot.” Bitch! And why do I want to hurt the author of this article?

And it’s not even that if the Soviet children – and adults too – had the opportunity to purchase Polaroid, Nintendo, and the device type of the Tamagotchi, the beloved community’s mentally retarded citizens of the USSR may have not disappeared at the time. It’s something that’s obvious. But more importantly. These stupid articles written by some moron, but located on a fairly well-known resources that reinforce the myth about the wonderful Soviet Union. It is clear that any person who is even slightly acquainted with the Shovel, only to chuckle at the idiocy of the authors of “KP”. Well, one that is not familiar? One that is younger? And tomorrow the Internets more young shoots will be foaming at the mouth to prove that the USSR sold Polaroid cameras and game consoles Dendy. “Cho, no sjølie? There, on such a respected resource like KP even write about it. Catch the link”.

Sad it’s Sad to look at the total mental debilitation of our citizens who have so lost touch with reality that they are ready to eat any sovgavanskiy nonsense. If only this nonsense has proven the basic thesis – “the Soviet Union was the best and most advanced systems on earth.” And don’t argue. If the prefix Dendy and instant camera Polaroid is “things of the Soviet period”, then of course then of the Soviet Union – the most advanced country. Mikhail Antonov – the author of this article – will not lie. I want to wish him the life-giving scrap pipe. For even better memories. Although those that are already available – the roof.