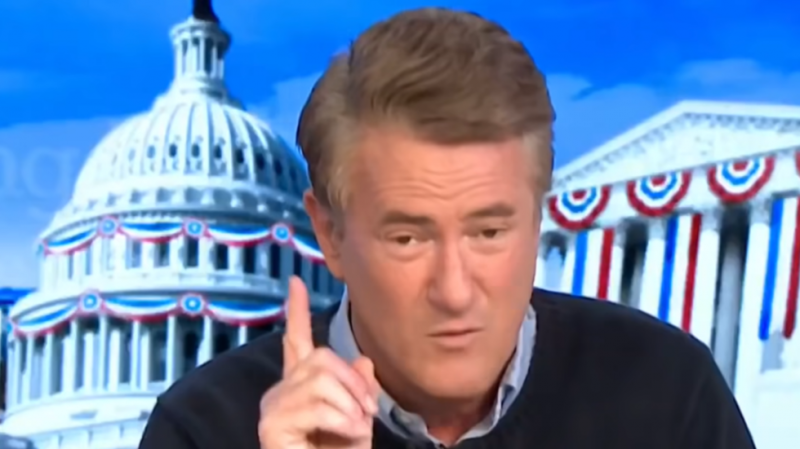 The Biden administration is working with the private sector to develop a standardized way for Americans to prove their Covid-19 vaccination status, the Washington Post reported over the weekend. So-called ‘vaccine passports’ – which proponents argue should be required to travel, work and attend public events – have been bitterly opposed by Republicans and civil liberties advocates, with opponents describing them as a step toward “totalitarian communism” and comparing them to the yellow stars used to identify Jews in Nazi Germany.

Scarborough is furious. The MSNBC host opened ‘Morning Joe’ on Tuesday with a lengthy rant against these civil liberties advocates, calling them “idiots” and “morons,” and pleading with the government and the private sector to introduce these vaccination papers.

“They’re being stupid, they’re following conspiracy theories… they don’t understand because maybe they’re such morons,” he thundered. “If they don’t want to take the vaccine and they want to die, that’s their right as Americans. They can live in ignorance and stupidity.”

“Our government, our sports teams, our concert promoters damned well better put together something where you can show your vaccine receipt,” he said.

“This anti-science idiocy, you know, let them do that under a rock or in their caves,” he added, concluding that “the time to try to reason with these people has long passed.”

Scarborough was instantly blasted online for his “totally unhinged” rant, and accused of begging for his own “enslavement.” Opposition came from the more vaccine-skeptic right, as well as the pro-vaccine left, some of whom balked at his message, saying it would “hurt vaccination messaging.”

When Scarborough gets behind a cause, he tends to go all in. When the US invaded Iraq in 2003, he became one of the media’s most vocal supporters of the war, insisting that US forces would find evidence of chemical weapons and the anti-war crowd would owe the Bush administration an apology. After bashing “negative pronouncements” about the war from the New York Times, CNN, and ABC, he insisted two months into the now 18-year-old conflict that the US had “won.”

While it is unlikely that Scarborough’s haranguing and berating will win over any opponents of vaccine passports, they are likely an inevitability. Aside from Biden’s push for such identification, EU officials have proposed their own certificates, while industry groups like the International Air Transport Association and corporations like IBM have rolled out their own versions of the passports.

With enough enthusiasm from the private sector, the US government may only step in to ensure standardization. Speaking to reporters on Monday, White House Press Secretary Jen Psaki said that “we want to drive the market toward meeting public interest goals.” The government “is not viewing its role as the place to create a passport, nor a place to hold the data of citizens,” Andy Slavitt, a White House Covid-19 adviser, added during Psaki’s briefing.