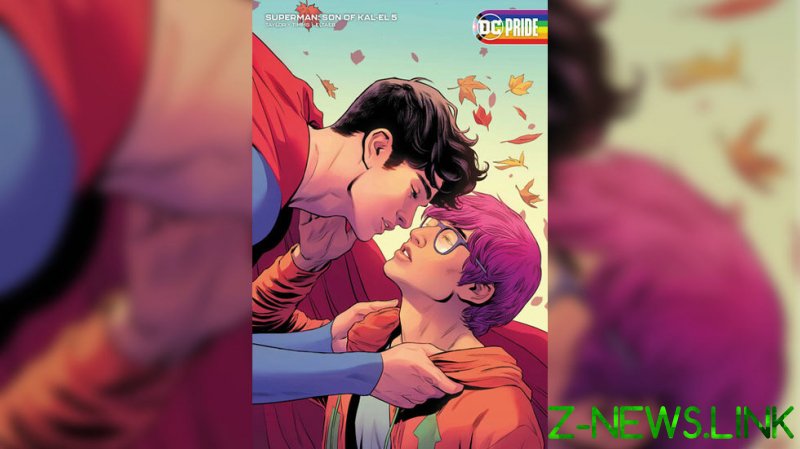 For months, rumors were swirling within the comic book industry that DC Comics was planning to turn Superman gay. Well, that’s what sort of happened. Jon Kent, son of Clark Kent and Lois Lane, has officially come out as bisexual. Yes, much like Batman’s former sidekick, Tim Drake, the new Superman can’t seem to pick a lane.

Welcome, dear friends, to the culture war – where all your beloved heroes (and some villains) are all co-opted by identity politics to suck the fun out of everything you grew up loving.

Is the main character too toxically masculine? Gender swap him to a female! Has he always been a white guy? Change the color of his skin! Wait, he likes women? Make him gaaaaaaaaaaay!

Or, if you don’t want to go full gay, at least make him swing both ways. (I’m looking at you, Loki.)

Of course, this is nothing new, is it? We’ve seen Hollywood and New York elites essentially ransack every popular IP known to man in an effort to make it more “diverse.” Because, you know, apparently people are incapable of identifying with fictional characters who “don’t look like them.” (Though, this concept fails to explain why every child loves Mickey Mouse and other cartoon animals, but I digress…)

Frankly, by this point in human (d)evolution, the “wokifying” of entertainment has itself become a cliche. It’s happening so often that it’s almost become a joke. “Of course this character is now LGBTQXLMGFS! Why not??? Who he sleeps with is far more important than saving the world, after all!” This is so prevalent in Hollywood that Netflix even has a “diversity department” to ensure their original movies and series somehow shoehorn “representation” into them, whether it belongs there or not.

Comic books are now no different, much to the chagrin of their poor, put-upon, and increasingly frustrated fans.

It’s easy to say that comic books are getting hit hardest by the “woke plague,” where no characters are safe from being changed – either because the writers behind them are creatively bankrupt or because they have a political agenda to push. (Honestly, it’s probably a bit of both.)

But as I pointed out in an earlier article, DC Comics might actually have an alternative motive for some of these new, “woke” changes. In efforts to not have to shell out money to the estates of their original creators, DC may be trying to sideline classic characters in favor of new ones they fully own, so they don’t have to pay for them.

Regardless of the motive, comic book fans seem to be turning away from the mainstream “woke” comics that are being forced upon them and opting to spend their money on independent creators who are now crowdfunding their comic books and catering directly to the fanbase, outside of the stranglehold that Marvel and DC have traditionally held over the industry.

One would think that the mainstream comic book publishing industry would see the wisdom in this “customer-centric” business model, but, alas, they appear deeply rooted in their “go woke, go broke” mindset. So committed are they to their stupidity, they’re willing to tank their business just to look good to Twitter mobs who don’t actually buy comics.

Is it any wonder that the DC comics publishing division has been undergoing a massive upheaval? Even Jim Lee, the legendary artist who had been shepherding DC’s “rebirth,” said that 20-25% of the comic books DC publishes were not making money.

Could it be that comic book fans don’t want to buy comics that resort to preachy identity politics instead of telling good stories? Could it be that cheap cliches of gender/race/sexuality swapping do more to annoy audiences rather than entice them?

By the very definition that the “woke” adhere to in regard to representation in fiction, that people can’t “identify” with characters who aren’t like them, doesn’t this mean that everyone who ISN’T bisexual now cannot relate to Superman? And if they can’t relate, why bother buying and reading his comic?

Could this be why all “woke” entertainment fails? Because it caters to a minority? Or is it simply that most creators in entertainment nowadays focus more on preachy political messaging instead of the fundamentals of good storytelling?

Jonathan Kent, and his “boyfriend” Jay Nakamura, are now the new “Clark and Lois” of the Superman series. And when people point up to the sky and shout “Look! It’s a bird!  It’s a plane! No, it’s a – BISEXUAL!” will anyone really care?

Not according to the people who actually buy comics. While DC’s decision may be celebrated within cesspools of wokeness, like Twitter, its fanbase is increasingly moving on to comic book creators who are giving them what they really want…

Superman may be the greatest superhero ever invented, but not even he seems to be able to save the floundering DC Comics – no matter what his sexuality is.