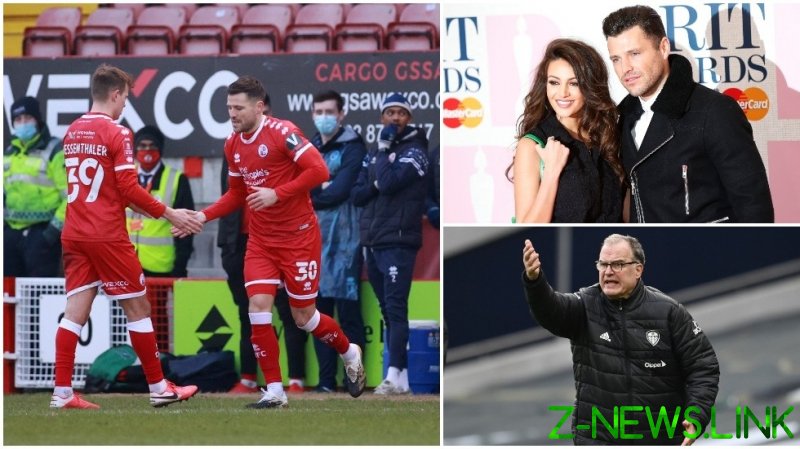 League Two outfit Crawley claimed a sensational scalp of Bielsa’s highly-praised Leeds side on Sunday after a trio of second-half strikes from Nick Tsaroulla, Ashley Nadesan and Jordan Tunnicliffe secured an unexpected 3-0 win for John Yems’ side.

Crawley’s win was made all the more impressive (though, perhaps not to Leeds fans) by the late substitute appearance of Mark Wright, a figure perhaps better known to UK TV audiences as one of the primary cast-members of the hit reality series ‘The Only Way is Essex’.

Wright, 33, who was on Crawley’s books during the 2006-07 season before ditching the beautiful game in favor of chasing a career in show-business, agreed to a non-contract deal with the club in December but wasn’t expected to make much of an impression on first-team affairs – before Yems decided to blood his new player in injury time against the Premier League side.

If some fans are bemoaning Wright’s signing as little more than a publicity stunt, they likely have a point. He currently boasts more than 1.7 million Instagram followers – a figure which far outstrips the 16,900 fans that Crawley Town have on the social media platform – and is married Coronation Street actress Michelle Keegan, factors which Crawley bosses are hoping will swell the support at their People’s Pension Stadium once they are granted permission to allow fan attendance once again.

Wright, who was released by Tottenham as a youngster, has been a mainstay in UK television circles, also appearing on shows like ‘I’m a Celebrity Get Me Out of Here’ and ‘Take Me Out: The Gossip’, and may soon add a brief appearance on BBC’s ‘Match of the Day’ to his resume before all is said and done.