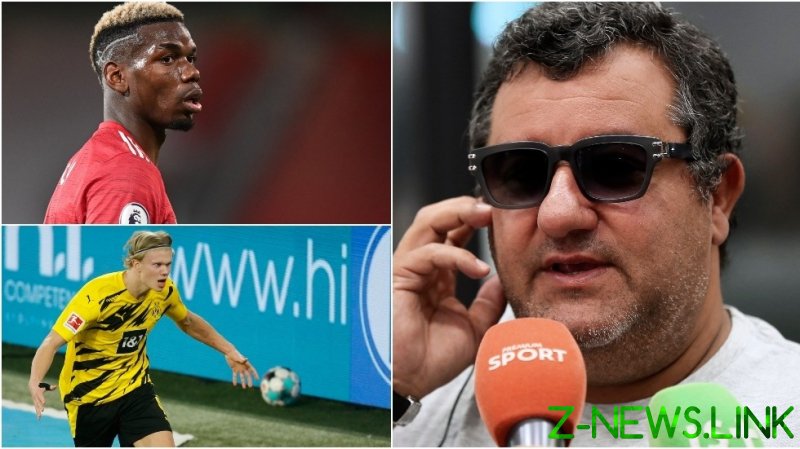 In an interview with The Athletic, the controversial agent first had some choice words for Manchester United and their legendary former manager Sir Alex Ferguson over his treatment of Paul Pogba.

“All I have to say that when Ferguson left Manchester United the club’s owner [the Glazers], by buying back Paul Pogba, told me that I was right. Because I didn’t want to take Paul Pogba away. He [Ferguson] didn’t believe in Paul Pogba.

“As for Mr Guardiola, I’ve closed the book already a long time ago,” Raiola explained. “Everybody knows what I think of him personally and he can say what he thinks for me personally. For the rest, I think he’s a great trainer. And that’s how it is. I will not shut up for anybody. I’ll give my opinion, I think that it is my right.”

“With Mr Ferguson or Guardiola, I have this problem — and I think that it is changing now — that [they believe] we should submit to them because ‘otherwise, tomorrow, you don’t do a player with Manchester United’.

“I don’t give a f*ck if I never do another player with Manchester United. I’m not in their hands. I’m independent. We have only one party that we take care of: our players. And as long as our players like us, you do what you have to do.”

While the remarks will have enraged fans of both clubs, Raiola has seemingly boosted those of rival outfit Chelsea further south in London.

Raiola’s obviously-tetchy relationship with Guardiola doesn’t bode well for Erling Haaland rocking up at the Etihad, but the Blues’ strong finances and cleaner history with his representative could push the Norwegian to Stamford Bridge.

“With Haaland, everybody was wrong. He did things much quicker than everybody imagined. Haaland is in front of his own development. He is ahead of his own schedule. Maybe I was too careful when I said, ‘Oh no, let’s move to Dortmund instead of I-don’t-know-where’,” Raiola said of his charge.

“This boy — I’m 100 per cent convinced and everybody’s convinced — can move to any club, wherever he wants, already on this level. And he could have done that last year. But maybe last year there were still teams (saying), ‘Oh, he was in Red Bull, can he do it in another club?’. He is quicker than his own prediction. So yeah, Haaland is the talk of the town.”