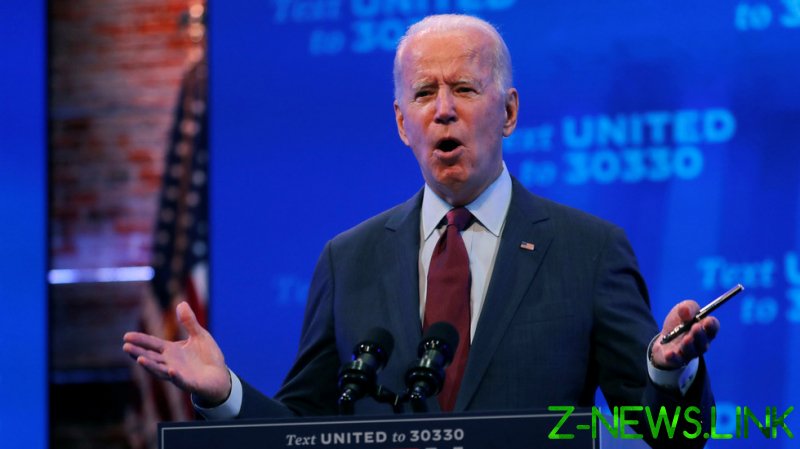 “I urge every senator to take a step back from the brink,” Biden said on Sunday in a speech in Wilmington, Delaware. “Take off the blinders of politics for just one critical moment. Stand up to the Constitution you swore to uphold.”

The Democratic presidential candidate made his comments a day after President Donald Trump nominated Barrett to fill the late Ruth Bader Ginsburg’s seat on the US high court. Democrats have blasted Trump for trying to rush in a new lifetime appointment with early voting already under way in the November 3 election, especially after the Republican-controlled Senate refused to hold hearings on former President Barack Obama’s Supreme Court nomination in 2016, which was made nearly nine months before that year’s election.

Biden slammed Trump’s “shattering of precedents,” accused him of throwing the nation into “chaos” and asked senators to “do right by the American people.”

Walter Shaub, former director of the US Office of Government Ethics, tweeted that Barrett’s acceptance of the nomination shows “a disqualifying lack of character.” Author and Newsweek columnist Seth Abramson agreed, saying “no person of conscience would have accepted this nomination” from Trump under the current circumstances.

On Sunday, Biden painted a picture of doom and gloom if Barrett is confirmed, saying Obamacare would be eliminated and that 100 million Americans with pre-existing conditions would be denied healthcare coverage amid a global pandemic.

He added that voters understand “if Donald Trump gets his way, they could lose the right to vote, the right to clean air and water, the right to equal pay for equal work.” He said workers could lose their collective-bargaining rights and that Dreamers could be “thrown out of the only country they’ve ever known,” while women “could lose the bedrock rights enshrined in Roe v Wade for 50 years.”

If all that’s not enough, he suggested that the entire American system could crumble if Senate Republicans do not heed his call to block Barrett’s confirmation.

“There are Senate Republicans out there who know in their hearts that if they shut out the voices of those during a voting period, during an election, they’re closing the door on American democracy thereafter,” he said.