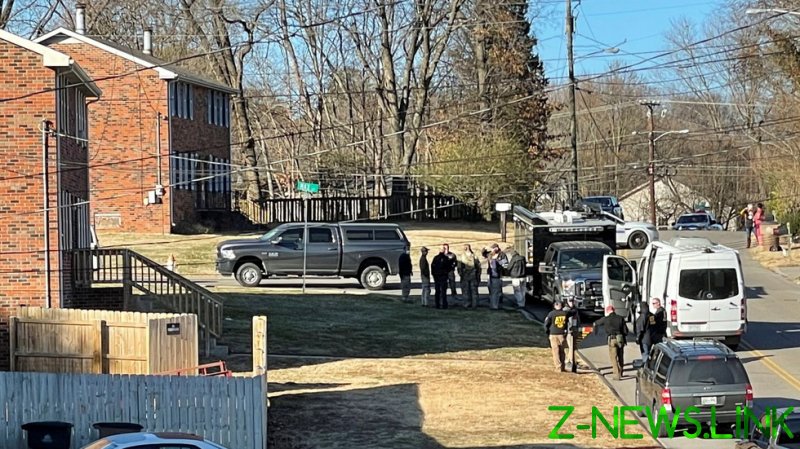 While officials decline to name the suspect, one of ‘more than 500’ initial leads brought them to a two-story red brick suburban house on Bakertown Road in Antioch, Tennessee on Saturday. After a bomb squad swept the house for potential explosive devices, federal agents began their search for any clues in an attempt to establish a motive.

The investigators are also “vigorously working” to identify suspected fragments of human remains found at the blast site, according to FBI Special Agent in Charge Doug Korneski.

Citing law enforcement sources, media in the meantime speculated that the lead theory is that suspect has died in the blast, with CNN already calling the explosion a “suicide bombing.”

An RV exploded early Friday morning in downtown Nashville in what police so far refer to as an “intentional act.” The vehicle blared a recorded warning for around an hour, with a 15-minute countdown to an imminent detonation, giving first responders enough time to evacuate local residents. Three people were injured, in addition to the mysterious yet-to-be-identified human remains.

While the RV was parked outside an AT&T transmission building when the bomb went off, severely crippling communications and 911 emergency call centers, authorities have yet to officially identify either a target or a motive for the bombing.